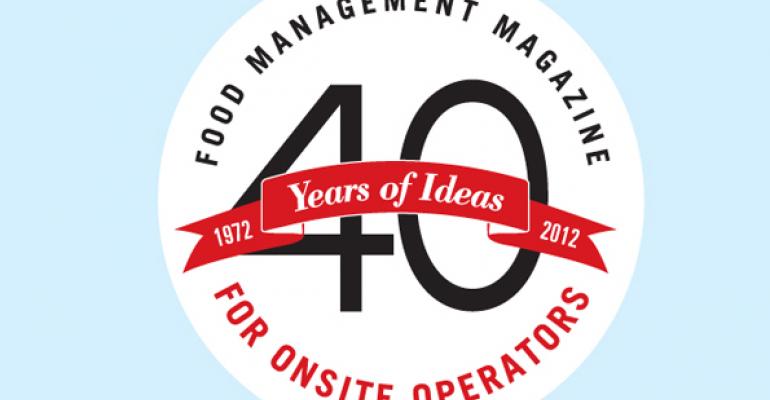 FM ran a cover story that focused on an exciting new business tool for college operators: the construction of their own websites...The Houston Independent school district began outsourcing its foodservices, with what was described at the time as "the largest school contract ever awarded" going to Aramark.

The August 1987 cover story studied psychological testing of foodservice employees and considered the legal and ethical questions associated with the practice...The Federal Bureau of Prisons began to post menu item calorie counts as some offenders began taking an interest in healthful eating.

In August, 1977, FM looked at the growing problem of drug and alcohol abuse among foodservice workers. The feature profi led an anonymous college FSD whose cafeteria—unbeknownst to him—was serving as a distribution point for drug dealers.