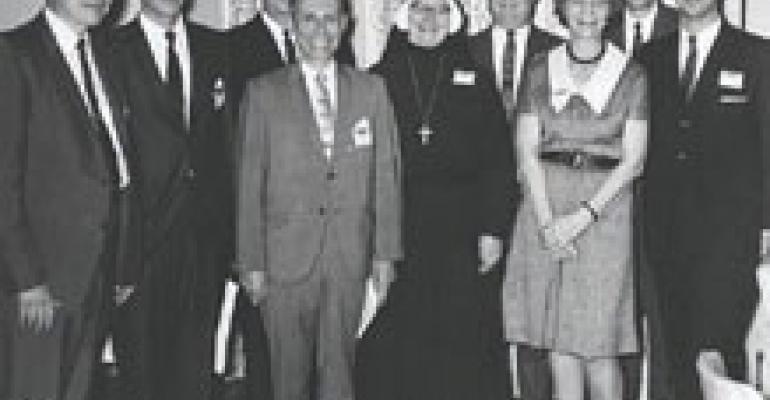 In June, the American Society for Healthcare Food Service Administrators (ASHFSA) will hold its annual conference and also celebrate the 40th anniversary of the group's founding.

The conference, to be held June 3-6 at the Ritz Carlton in Sarasota, FL, will have as its theme "Menu Market Mechanics and Management" but the practical side of the get-together will share time with history.

ASHFSA became a reality under AHA's auspices, with Jacques Bloch, then FSD at the Montefiore Medical Center in New York, as the first president and Bonnie Miller as director.

"This is a great time to reflect on where we've been and how far we've come," says Executive Vice President Keith Howard, "but more importantly, to look at where we need to go as an organization. ASHFSA's 40th Anniversary Conference in Sarasota will not only look at the past, but really hone in on the future of healthcare foodservice delivery. To have 40 years behind us is a true legacy and the journey through the next 40 years is going to be incredibly exciting."