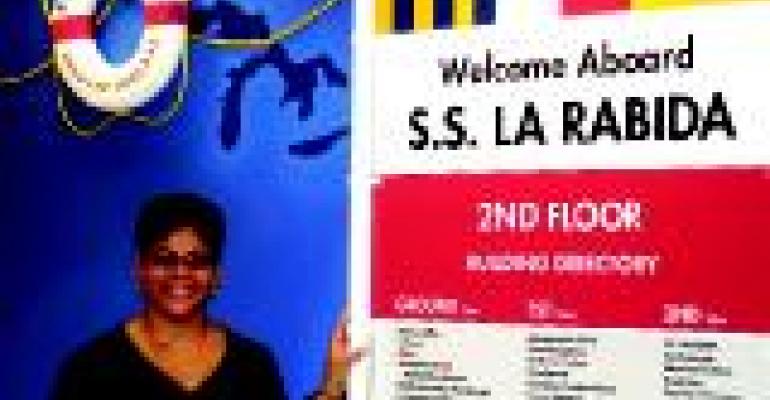 When it comes to adult patients, there is usually only one person to deal with: the patient. However, sick kids generally come with one or more very strong additional interested parties: the parents (and sometimes other family members or caregivers), who in many cases are around way past official visiting hours, and sometimes even overnight. Those who work in pediatric wards and children's hospitals say that how parents are treated often goes a long way toward making the relationship with the child easy or difficult.

Consequently, hospitals increasingly take pains to accommodate parents and make their time at the hospital as easy as possible. Patient rooms now often come with cots where parents can bed down overnight or take naps in the midst of long bedside vigils. Some institutions even provide family rooms with washing machines and refrigerators.

But generally, onsite foodservice for parents is not provided free, so they typically have to purchase food in the cafeteria, go off-site or bring something from home.

However, at least one institution that has decided that feeding parents free of charge has benefits that more than compensate for the cost. La Rabida Children's Hospital, located on the shore of Lake Michigan near downtown Chicago, gives nurses the discretion of providing parents with up to three meal tickets a day. These can be used in the retail café to get meals without charge. About 1,500 meal tickets are used in an average month, calculates Food Service Manager Raquel Bulford-Frazier

"It is something the nurses decided they wanted and are willing to invest in," she says. "We recognize that the families are a critical part of the child patient's treatment and we want to encourage them to eat with their children."

In addition to the free meals, parents of La Rabida patients also have free use of a room with a washer and dryer to launder their child's clothes (though they do have to provide detergent, which can be vended for 75 cents a single-load pack). All rooms come with fold-out beds to allow parents to spend the night comfortably should they wish.

The meal tickets entitle the bearer to an entrée, two sides and a beverage. A combination of soup and salad, soup and sandwich, or sandwich and salad can also be substituted (an initial voucher program that simply gave the bearer a $5 credit in the cafe was discontinued after it was found that too many parents simply used them to buy a succession of snacks and sodas, not exactly the most helpful message for young patients, the hospital decided).

Bulford-Frazier says a number of children's hospitals have similar meal ticket programs but the one at La Rabida is unusual in that the cost is charged back to nursing. If the cost comes from the nutrition department budget, there's little incentive for the nurses to control access, she says. "But since their department pays the cost, they are more careful about how they use it. The responsible party is also responsible for the cost."