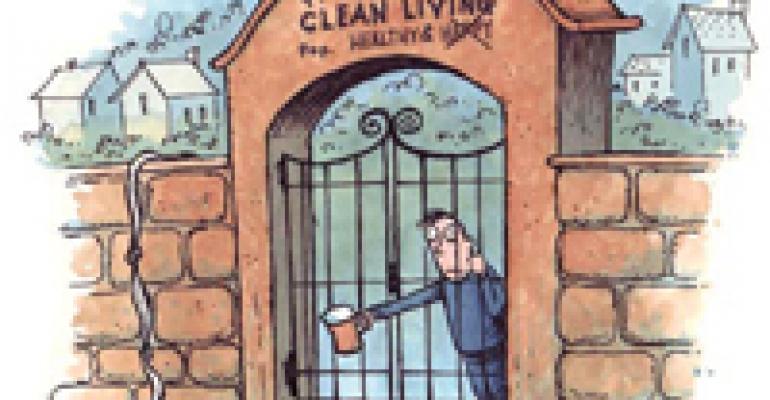 Dr. Kenneth Cooper is well known as the “father of aerobics.” His 1968 best seller, Aerobics, can be credited/blamed for starting today’s mania for running around the neighborhood at five in the morning as a healthy thing to do.

Well, Cooper is still alive and hale at age 76, and he now has even bigger goals in mind than getting America off its ever-expanding collective duff. He wants to found a community where clean living and healthy habits are the overriding civic virtues.

Residents of Cooper’s planned Cooper Life at Craig Ranch residential community will have access to personal trainers, nutritionists, doctors and all the other components of consultant-driven healthfulness. The community’s foodservice operation will even deliver healthful meals so residents won’t have to bother deciding what they have to eat to remain in Cooper’s nutritional good graces. Think of it as Jonestown with pomegranate juice instead of Kool-Aid.

The $2 billion community is planned to encompass 151 acres north of Dallas when it is done. It will include more than 2,000 houses, townhouses and condo units as well as an athletic training center, a hospital, parks, shops, schools, restaurants and even a hotel.

Presumably, there will be no bars, racetracks, bordellos, pool halls or greasy spoons.