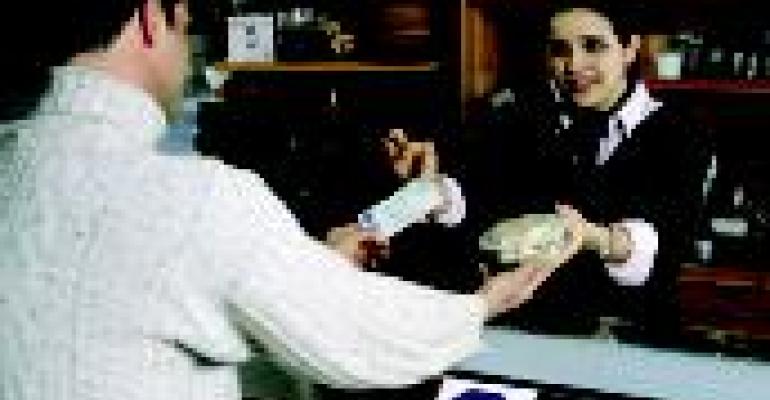 A Highly Profitable Side Business

Sodexho's Sodexho Pass division accounts for only about two percent of the company's revenues, but about 15% of profits. In the first half of the 2005 fiscal year, the unit generated revenues of 131 million Euros, with EBIT (earnings before interest and taxes) of 39 million Euros, almost a 30% margin. By contrast, in the same period, the EBIT margin for the North American and European food & management units was around 5% (and in the troubled UK market it was under 2%).

Vouchers, mostly unknown in the U.S., are very popular overseas, especially in Europe. Sodexho Pass issues vouchers that are used by businesses to pay benefits or travel expenses, universities to fund student services (like meal cards) and public institutions to deliver aid and social welfare programs. The unit handles over $5 billion in issues annually, serving almost 300,000 clients and 13 million beneficiaries in 27 countries.

What makes vouchers profitable is that they are paid for "up front," allowing the issuer to hold the money. When a voucher is redeemed, the cash is paid out; however, the typical European voucher user delays cashing for up to 90 days, say analysts (in the more inflationary South American market, the lag is only 25 days).

The market is potentially enormous, with just the public aid component estimated at more than $35 billion worldwide. With the internet and other cutting-edge information technologies offering potential new voucher vehicles, that may only be a fraction of the potential future market. Sodexho Pass is currently the second-largest company in the vouchers field, behind another French firm, Accor Group.