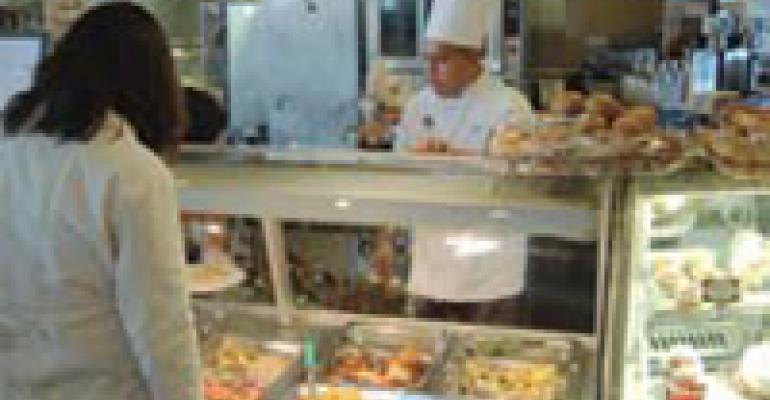 Among its “green” initiatives, Microsoft has added a composting program, maintained a recyling program, eliminated all Styrofoam containers and started converting grease and oil from its kitchens into biodiesel.

The composting program alone has diverted 20.3 million pieces of cutlery, 18.5 million plates and bowls and 22.1 million cups — 109 tons of plastic in all — from landfills annually.

The Green Restaurant Association is an 18-year-old Boston-based nonprofit that consults with restaurants and food-service organizations on environmentally sustainable practices.

Microsoft's move to compostable disposables is particularly important to its Seattle area home base because the city of Seattle passed a law in July requiring all businesses to transition to recyclable and compostable containers and utensils by July 2010.