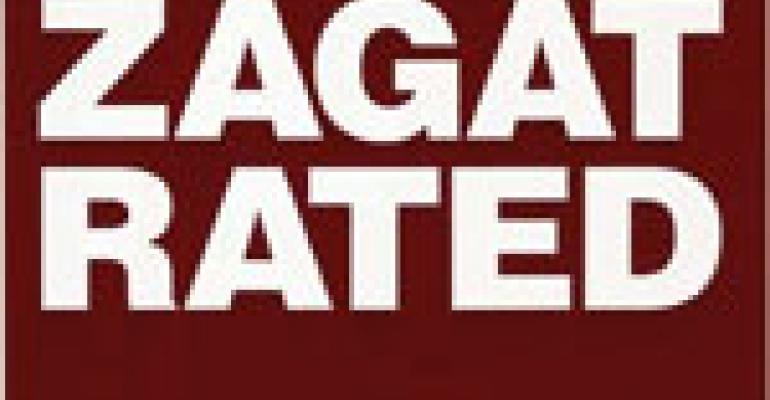 A NEW PRESCRIPTION FOR ZAGAT

In mid-January, Zagat Survey founders Tim and Nina Zagat announced they had hired Wall Street dealmaker deluxe Goldman Sachs to find a “strategic alternative” for their company. The pair—she’s 65, he’s 67—said they would entertain offers for joint ventures and partnerships. But those familiar with the company’s internal workings were quoted by the New York Times as saying that the company was worth about $200 million by the usual media multipliers (10 times EBITDA) and that the “For Sale” sign was definitely up.

“Coming off 2007 as our best year ever, we see many opportunities ahead driven by the strength of the Zagat brand and the expansion of our user-generated content and distribution vehicles,” said co-chairs Tim and Nina Zagat in a statement. “From this position and with the changes in the broader media and technology environments, we have determined that it is the right time to take a look at our company’s options for even more rapid long-term growth.”

Zagat, with a media footprint much larger than its income would suggest, is a plum property no matter how you look at it. Possible buyers include such heavyweights as Barry Diller’s IAC/InterActive Corp. and Wasserstein & Co., a private equity firm whose range of holdings includes everything from New York Media Holdings, publisher of New York magazine, to Penton Media’s Restaurant Hospitality, the publisher of this newsletter. Other possible suitors: rival restaurant guide Michelin and restaurant reservation site OpenTable.com.

Any buyer will have to do some serious negotiating to get the whole company. In 2000, the Zagats sold off a one-third interest in their business to a consortium of investors that included legendary technology venture capitalist firm Kleiner Perkins Caufield & Byers; Allen & Company; then-Microsoft chief technology officer Nathan Myhrvold; and Massachusetts Institute of Technology media lab guru Nicholas Negroponte. This sale raised $31 million, meaning that the company was valued at about $100 million at the time. The proceeds went into the Zagat.com website, a pay-subscription vehicle which has 1.5 million registered users. Many, many potential suitors would be interested in acquiring the rights to Zagat’s digital content.

But the company’s most lucrative future prospects could be found in the medical field. In addition to its restaurant guide business, Zagat has also published rankings for nightlife, resorts, golf courses, shopping, airlines and a handful of other categories, each with a varying degree of success. Its healthcare venture is being conducted with a powerful partner: WellPoint, Inc., the country’s largest health benefits company. One in nine Americans are covered by WellPoint’s Anthem, Blue Cross and Blue Shield subsidiaries.

“Through our partnership with Zagat, WellPoint is helping address an unmet need for peer-to-peer interaction among health care consumers,” says Jason Gorevic, WellPoint’s chief marketing and product officer. “Zagat is widely known and trusted for its ability to help people share and learn from other consumer experiences. Zagat is an ideal partner to not only create a trusted resource for consumers, but also to actively engage consumers in sharing and utilizing that information.”

In this instance, Zagat’s online survey tools will enable Wellpoint members to review and evaluate physicians based on four criteria: trust, communication, availability and environment. A “comments” section, always the juiciest part of any Zagat review, will allow WellPoint members to expand on their numerical ratings.

WellPoint says the idea is that its members will voluntarily limit their opinions to reflect the “consumer experience” they have with physicians, not reflect on the quality of care received. We hope so. But as we’ve learned from the Zagat restaurant guide experience, unhappy consumers can really go on the warpath. We hope the doctors in the WellPoint network are ready for their reviews.

So will this new venture crack open a lucrative new market for the Zagat company?

That’s something for potential new owners of Zagat Survey to decide as they massage the numbers for their bids. But no matter who takes over, restaurant operators should hope that someone in the new leadership loves the restaurant business as much as Tim and Nina Zagat did. The pair started their business in 1979 primarily as a way to get tax write-offs for the restaurant meals they were eating anyway. We hope that spirit survives any change in ownership.