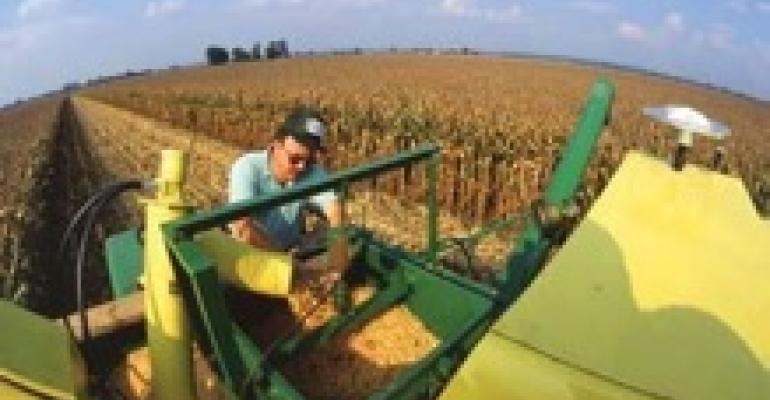 No Pain, No Grain

Some time later this year or early next year, the U.S. Congress is likely to pass a farm bill. It will then be savaged by everyone across the political spectrum, from free-marketers, free-traders and small-government conservatives to nutrition advocates, big business bashers, social justice liberals, environmentalists and small farmers organizations.

Rush Limbaugh will make common cause with Ralph Nader and both will proclaim that the Farm Bill sucks (though they will disagree mightily on why).

Indeed, the periodic passage of a Farm Bill (the last one was in 2002) is that rare "Kumbaya" moment in American politics when inveterate enemies can come together and hate as one.

To understand both the bizarrely diverse coalition of its critics and the continuing success of its advocates, it is first necessary to understand what a Farm Bill is, and what it isn't.

Today's farm bills trace their pedigree back to the Great Depression, when Congress passed the Agricultural Adjustment Act of 1933 as part of President Franklin Roosevelt's New Deal program.

It called for a system of federal subsidies and supports that would stabilize the prices of major crops like cotton, corn and wheat. The idea was to protect farmers from ruinous cycles of boom and bust that had contributed to the misery of the Great Depression.

In the 70+ years since Roosevelt's legendary diving save of the American economy, the Farm Bill—which undergoes a review and renewal process every five years or so—has taken on an expanded life of its own...and, say many of its critics, far outlived its original intent.

For one thing, farm subsidies and price supports are now only a part of what is a much more comprehensive piece of legislation dealing with everything from conservation, forestry, trade and energy policy to school nutrition and the food stamp anti-poverty program.

Those add-ons have made the Farm Bill much more complicated and increased substantially the number of those who have a vested interest in its passage.

One of these interested parties is the School Nutrition Association (SNA), whose legislative goals include a number of modifications to the child nutrition component of the 2007 Farm Bill.

Among these are a 10-cent increase in commodity funding for each school breakfast served, funding the pilot program to eliminate the reduced price meal category and the establishment of national nutrition standards for all foods and beverages in the school environment.

In the context of everything that is in a Farm Bill, the SNA's wish list is very small potatoes, though the fact that two of its goals involve increased funding will put them up against competing interests for what is a finite pot of money.

In SNA's favor is the fact that the money will be going to feed kids, something Congressmen like to be associated with, especially if the 2007 Farm Bill turns out to be a 2008 (and therefore election-year) Farm Bill.

The SNA and numerous other interest groups aside, the primary coalition behind each farm bill is the agriculture industry and its allies in Congress: senators from farm states and representatives from rural districts who may squabble over the details of each farm bill, but in the end all have a common interest in passing one.

That is why farm bills are masterpieces of compromise and tradeoffs filled with special-interest provisions that make irresistable targets for critics to pick at.

What are the chances any of the objections will be addressed by the 2007 Farm Bill?

The general consensus seems to be that some modifications around the edges are possible but a major overhaul is highly unlikely given the powerful coalitions that have a stake in the present system.

Indeed, at FM press time in late June, the House Agriculture Subcommittee on General Farm Commodities voted to send a mostly unchanged version of the 2002 Farm Bill to the full Agriculture Committee.

Advocates of change had hoped to get some modifications into the bill out of the subcommittee, but the version that passed had only modest changes, none of which addressed any of the major objections.