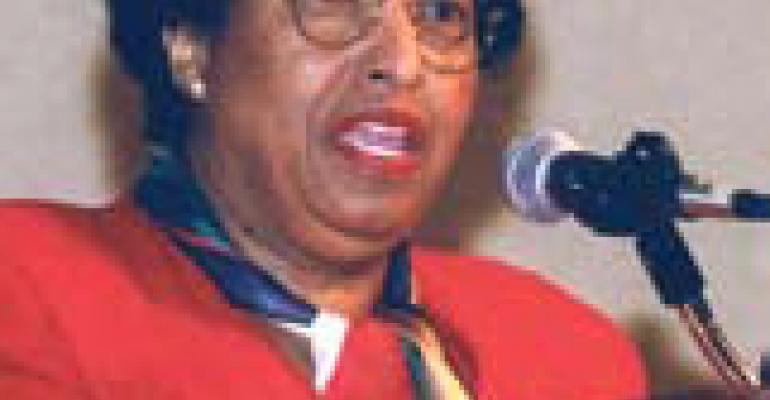 Watkins won a Silver Plate Award in 1983 for her direction of the Memphis Schools nutrition program at that time and later joined USDA, where she eventually was named Under Secretary of Food, Nutrition and Consumer Services under President Clinton.

The Memphis Schools' nutrition services department has been under intense scrutiny following an audit late last year that revealed widespread problems with the progtram's management and violations of state and federal regulations.

Fresh Start is a program announced recently by Dr. Kriner Cash, the school district's superintendant, that will require all foodservice supervisory and administrative personnel to re-apply for their jobs.

All of those jobs in the district were recently posted and will be re-filled with either new hires or existing employees over the next two to three months. Part of that program involves a nationwide search for a new foodservice director for the district.

Former director James Jordan resigned amid revelations of improper food handling and business practices at the district's food warehouse that resulted in nearly $600,000 worth of food being discarded because it had been improperly stored and handled.

The Memphis district feeds more than 110,000 students a day and has a budget of $56 million.