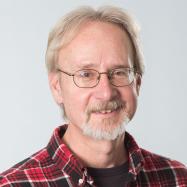 5 things: Return-to-office rates rise while K-12 enrollment drops
Sep 23, 2022
This and the University of Maine closing a dining hall due to reduced enrollment are some of the stories you may have missed recently.

50 stories in 50 years: 2010-today
Sep 22, 2022
FM ended its print era and became an all-digital publication starting in 2021 but the previous decade saw reports on major topics like plant-based cuisine and food as medicine, along with coverage of the emerging...

50 stories in 50 years: the 1990s
Sep 21, 2022
In the last decade of the 20th century, FM celebrated its 25th anniversary and debuted its annual Top 50 rundown of the contract management industry’s biggest players.

5 tech things: Study examines which restaurant jobs can easily be automated
Sep 21, 2022
This and a major grocer discontinuing a self-checkout app due to losses are some of the tech-related developments you may have missed recently.

50 stories in 50 years: the 1970s
Sep 20, 2022
Starting with its inaugural issue in August/September 1972, Food Management in the 1970s produced reports on enduring issues like nutrition science/education, the role of computers and the perennial contract vs. self...

5 things: Staff shortages force dining policy changes at Michigan State and UCLA
Sep 20, 2022
This and USDA publishing a final rule updating the Summer Food Service Program are some of the stories you may have missed recently.

5 things: Northeastern University dining workers approve lucrative contract
Sep 16, 2022
This and a push to reintroduce universal free school meals in Congress are some of the stories you may have missed recently.
Load More