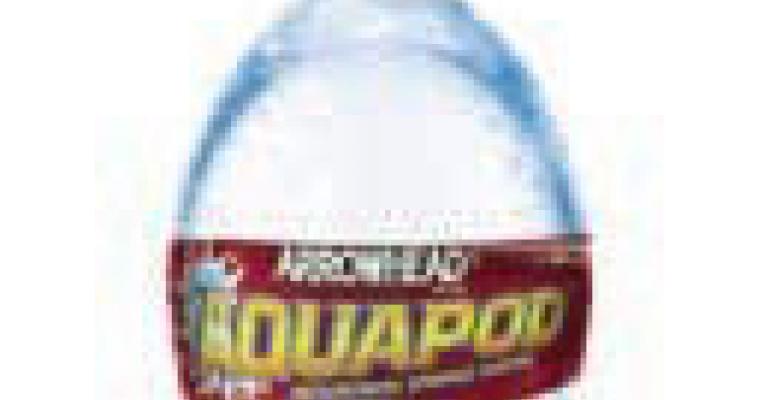 The school soda war is history. Beverage makers signed the final surrender documents last May when the American Beverage Association and the Alliance for a Healthier Generation agreed on a set of School Beverage Guidelines that effectively barred the schoolhouse doors to full-calorie carbonated drinks in the future.

It was actually a strategic and orderly retreat for beverage makers, who could easily see the signs of the times. The circling buzzards weren't exactly hard to spot. Market share in schools for traditional CSDs (carbonated soft drinks) had already dropped from 57% to under 45% between 2002 and 2005. And now, the federally mandated wellness policies all school districts participating in the Federal School Lunch Program were required to draw up by the beginning of the 2006-07 school year were practically an open invitation to diss "demon pop".

Indeed, according to its 2006 Back to School Trends Survey last fall, the School Nutrition Association (SNA) reported that putting "healthier" beverages into vending machines was clearly the most popular way for districts to demonstrate a commitment to wellness policies. In other words, traditional CSDs were not only the low-hanging fruit, but a veritable pinata.

More specifically, SNA's report showed that 38.2% of districts reported already having a policy that removes carbonated beverages from vending machines. That's more than double the rate (18.1%) of 2005-06 and no one seriously believed the numbers would do anything but increase again substantially next year.

Granted, traditional CSDs continue to hold significant market share in high schools and even in elementary and middle schools, according to figures from the American Beverage Association. And, because the Beverage Guidelines agreement is voluntary, regional bottlers and some schools may choose to continue selling CSDs.

But for most districts, the real question now is, what next? There are various alternatives, and chances are, none will ever reach the overall market dominance that traditional CSDs enjoyed until recently.

SNA Spokesperson Erik Peterson says that the group has no firm current data but anecdotal information indicates that milk—especially flavored milk—and bottled water are increasingly the alternatives of choice, both in reimbursable meal programs and in a la carte and vending programs. Flavored and fortified waters are also popular in a la carte and vending in high schools, as are 100% fruit and vegetable juices and sports drinks (though, notably, some of these products have as much sugar content as the CSDs they replace).

Milk was the traditional school drink back in the day when adults still had control over kids' diets. Today, milk is making a comeback, but the packaging of choice is either plastic chugs with snazzy graphics and cool shapes, or the traditional cardboard containers jazzed up with colorful designs and branded images. The product itself now is increasingly low-fat or skim, with various flavorings like chocolate and strawberry augmenting the flavor palette.

The National Dairy Council reports that over 6,000 schools around the country, with more than 3.5 million students, have adopted its New Look of School Milk program, which emphasizes milk in colorful plastic containers coming in a variety of flavors.