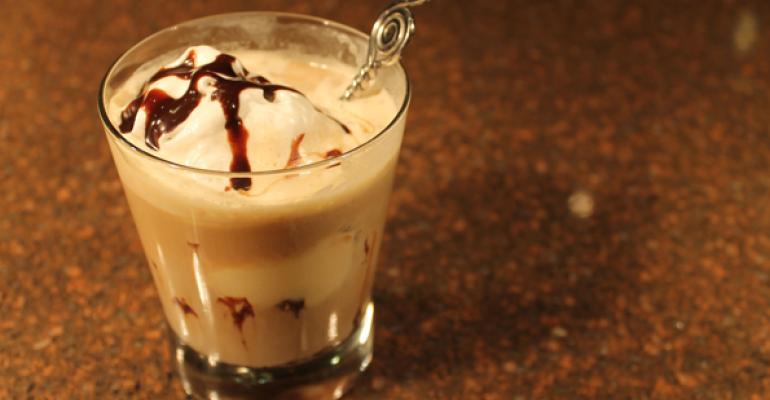 Iced coffee and tea are a great way to cool off and perk up at the same time. At Beacon Hill at Eastgate CCRC in Grand Rapids, MI, senior residents have taken the plunge and are enjoying some very creative cold drinks on summer afternoons.

The baristas coming up with the cool combos and providing refreshment are Sue Dorsey and Cris Frank, bistro chefs at Beacon Hill. Dorsey is also a partner in the tea company Tealow, a high-quality brand with many varieties.

“We have worked with Tealow in creating even more exciting flavored iced tea drinks,” Dorsey says. “ We’ve also included some of our other favorite iced tea drinks using other types of teas both caffeinated and naturally caffeine free.”

At breakfast, people usually get traditional hot coffee,” Frank says, “but in the afternoon, people are really coming out for the iced drinks.”

“We put out samples to let people know we have new drinks,” he says. “If one resident sees another resident drinking it, it can catch on fast.”

Click through to see some of the cool new ideas the Beacon Hill baristas have created for residents.