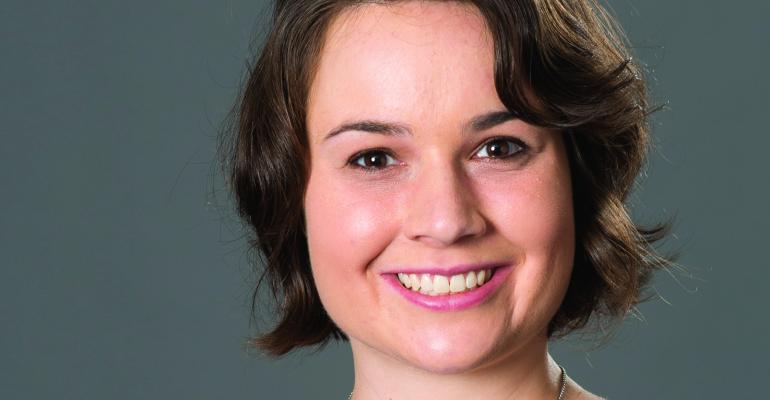 It may just be the Texan in me, but these last two winters have been particularly brutal. Boston is nearing 100 inches of snow—100 inches! Some Bostonians are forced to dig snow tunnels just to get to work.

Last month, in what I thought would be an escape from the cold, Food Management and our sister publications Nation’s Restaurant News and Restaurant Hospitality had a MUFSO advisory board meeting in Dallas. MUFSO is our annual conference looking at foodservice trends and challenges, being held Sept. 20-22 in Dallas.

At the meeting Dennis Pierce, executive director of dining services for the University of Connecticut, and I were lamenting the harsh winter and the fact that it was currently 25 degrees in Dallas. Our conversation, which started over the classic icebreaker—the weather—turned into one of those stories that makes me love this industry.

After showing me the snow tunnel his daughter, who lives in the Boston area, had to build to get out of her home, Dennis started telling me the tale of his winter. The weather had been so bad that students who had Monday night-only classes had yet to attend a single class. Those students were now going to have to attend class on Saturdays to make up for the lost time.

For dining services, the weather had been, well, a challenge. Not unlike many other colleges in the Northeast, Dennis and his team had to deal with school closures, delivery challenges and getting staff to work the dining facilities when the weather turned bad and the roads got dangerous.

That meant some employees stayed the night at the university, a situation many hospitals are all too familiar with. During one of those overnight stays following an early February storm, one UConn dining employee, James Perkins, was found dead of natural causes. Perkins’ death rocked the tightknit community.

But through the tragedy, his death also had another reaction. It bonded the dining services department, Dennis told me. Perkins, who had worked at the university since 2003, was “highly regarded and will be greatly missed,” university spokeswoman Stephanie Reitz told the Hartford Courant. Dennis had nothing but praise for Perkins, and said Perkins’ family reached out to say they were glad he was with his second family when it happened.

That’s the thing about noncommercial foodservice: It’s a family. As a society we bond over food, and creating and serving food to children, patients and college students, among others, is such a rewarding experience for foodservice employees. This industry isn’t just about going to work, keeping your head down and leaving at the end of the day. Employees bond with their customers because they see them on an almost daily basis. And they bond with each other. I was once in a huge New York City hospital and the director, who had been on the job for only a few years, knew the name of every staff member. It wasn’t something she found extraordinary; it was just what you do.

Noncommercial foodservice employees don’t often get the glitz and glamour of our commercial restaurant brethren. But I’ll take the camaraderie and love so often found at an onsite location any day.