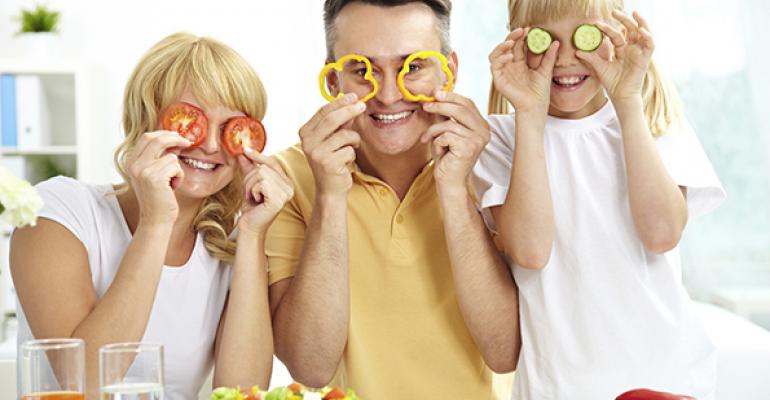 There is so much food-is-bad messaging out there. Between GMOs, organics and fad diets, it’s difficult to keep up with all the information—and misinformation—about food.

This becomes even more challenging when you dig into school meals, especially when you run into recent headlines like “Don’t let lobbyists decide what your children eat at school.”

Then there are the studies. I found one recent survey to be particularly misleading. Most of the media stories that came from the survey focused on the public’s support for healthy foods served in schools. The way the questions were asked was incredibly biased and readers were primed to answer in a way that would generate responses that objected to modifying federal rules. These unbiased results were then used as ammunition for groups who resist changes to school meal regulations, saying those modifications would lead to unhealthy meals.

That’s why I like a new approach being taken by Amanda Archibald, RD, principal of Field to Plate, and John Turenne, president of Sustainable Food Systems. Their approach is called food as medicine. “We believe that chefs, foodservice managers and the menu are a critical extension of the health-supportive messages originating from medical and healthcare teams,” Archibald says. “Instead of being a basic cost center, the kitchen and the menu are elevated to the role of health restoration and lifelong well-being.”

“Archibald and Turenne propose taking [nutrition education] one step deeper by teaching and communicating the functions that the ingredients of a dish play in the body. According to Archibald, the purpose is ‘so the client experience becomes one of choosing food or ingredients based on how they function in the body, versus the conventional approach of how many calories they are eating.’”

Another company is hoping to take its food-as-health messaging global. Morrison Healthcare, which is a part of global food giant Compass Group, is integrating a culinary classroom into its foodservice operations, which it hopes will help be an active part of the wellness process. The program, crEATe, is piloting at a hospital in the middle of America, but Morrison has already received inquiries from hospitals as far away as Qatar.

Ever since the Healthy, Hunger-Free Kids Act was signed in 2010, a storm has been brewing. The legislation provided the greatest change to school meals in the past two decades. But it also created some very real food fights. With the media and Congressional battles heating up with reauthorization of that bill, school food is so often being demonized.

Instead of this food-is-bad messaging, wouldn’t it be more productive and beneficial to spend that energy teaching children the good parts of food? Let’s create a generation of eaters who looks at food in a positive light and learns to love and understand what they eat.