Is Trayless Dining a Mistake?

For a few years now, trayless dining has been touted as way to reduce food waste, promote healthier eating habits and go green. It seems like nobody really questions these outcomes. But Cornell University researchers have found that trayless “may be making patrons fatter,” by forcing them to choose what they will carry.

“If you have an entrée, a salad and a dessert, and you can only take two, guess which one will be left behind? It’s not the dessert,” said Brian Wansink, Ph.D., Director of the Cornell Food and Brand Lab in the Department of Applied Economics and Management at Cornell University, Ithaca, NY. I got to talk to him one-on-one earlier this spring, and I was pretty surprised about what I learned. Maybe you will be, too.

Basically, going trayless has been proven to lead to going saladless: “Unfortunately diners tend to leave the salad, but keep the dessert,” according to the study, which was authored by Wansink and David Just, Ph.D., behavioral economics professor at Cornell.

The study involved a university cafeteria that alternated between tray and trayless dinner service in two-week intervals. The menu did not change. After each diner completed his or her meal, the tray was collected and the remaining food was measured. Diners were asked how many trips they took the buffet, and the results were compared. You can see some of the data on the Cornell Food and Brand Lab website.

The results showed that “diners who go trayless are more likely to take less healthy options and waste more food than when they use a tray. The percentage of diners who took salads decreased, but not the percentage of diners who took dessert. This seems to indicate that going trayless may reduce waste at the expense of nutrition.” And going trayless may not even reduce as much food as previously thought: diners took more of an item to compensate for the fact that they didn't have a tray, and wound up throwing more away.

Say what? The food waste factor surprised me, because that component had seemed like an obvious upside. When I asked Wansink about this, he said a lot of the waste that appears to be saved with trayless is in the form of beverages, which are heavy and throw off the numbers.

What do you think? I’m working on a story about this, and I’d like to hear from foodservice directors, chefs and managers. Have you gone trayless and then gone back? Are you trayless and loving it? Would you reconsider your decision after hearing about this study? Please send me your thoughts at [email protected] 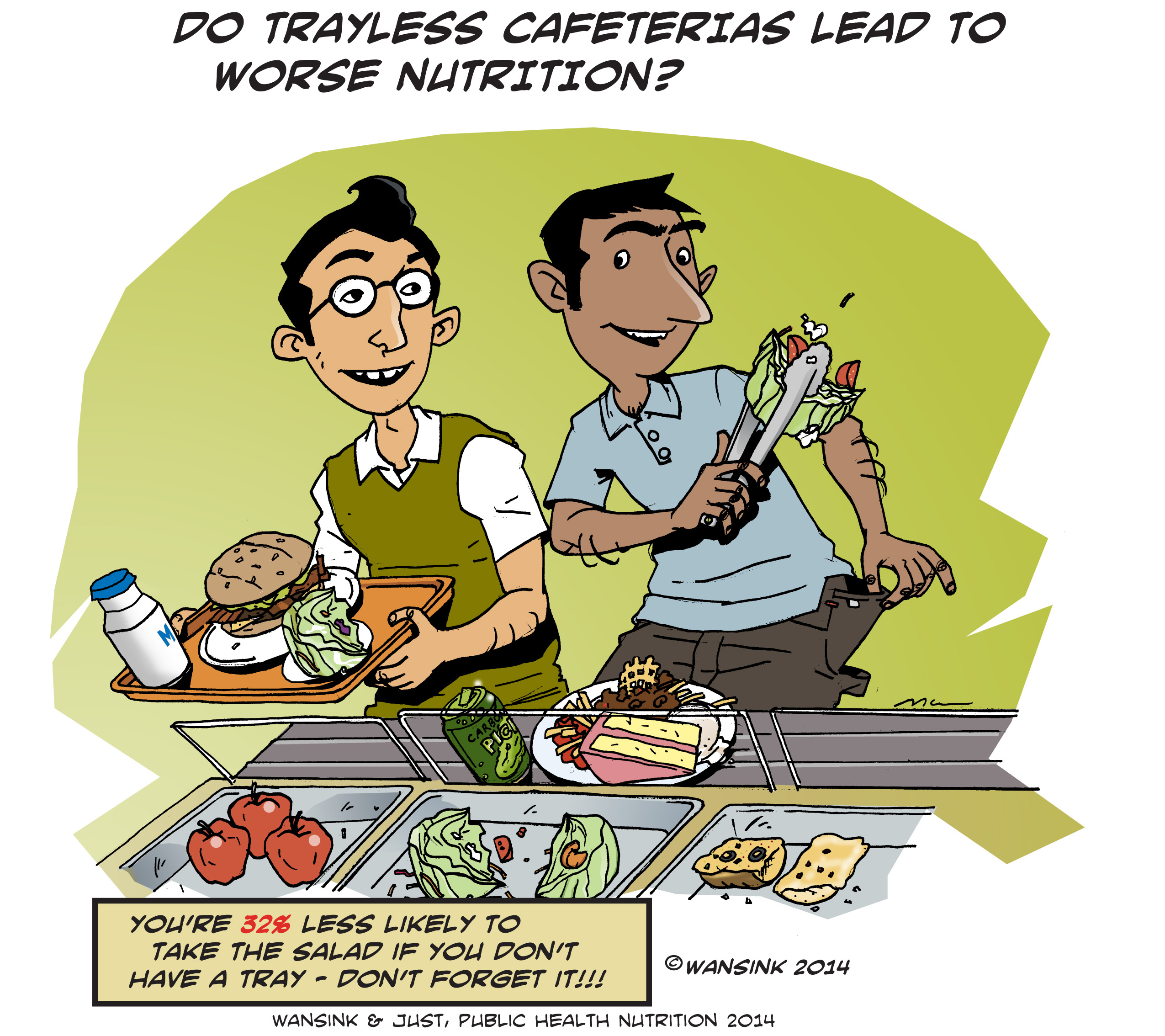