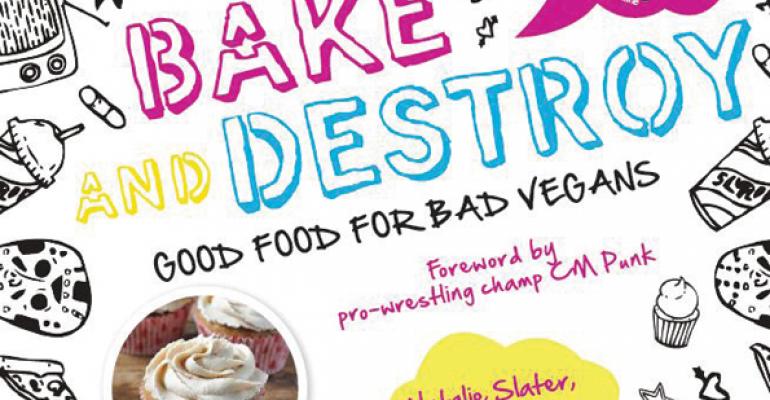 Natalie Slater, a tattooed and pierced writer and baker, opens the cupcake section of her book with a bit of punk-rock swagger: “This is what I do, dudes,” she writes. “I can turn a handful of cashews and a can of coconut milk into a dessert faster than you can say, ‘This is vegan.’”

And it’s true. Slater earned her vegan cupcake cred with her blog, bakeanddestroy.com.

A lot of her fans began asking what she cooks besides cupcakes, so there are recipes here for pizzas and other savory entrees, like the Thai Dagwood Sandwich.

No doubt, this book could lead to some inspiration for satisfying your coolest vegan customers.

The Noodle Narratives: the Global Rise of an Industrial Food into the Twenty-First Century
Aug 21, 2013