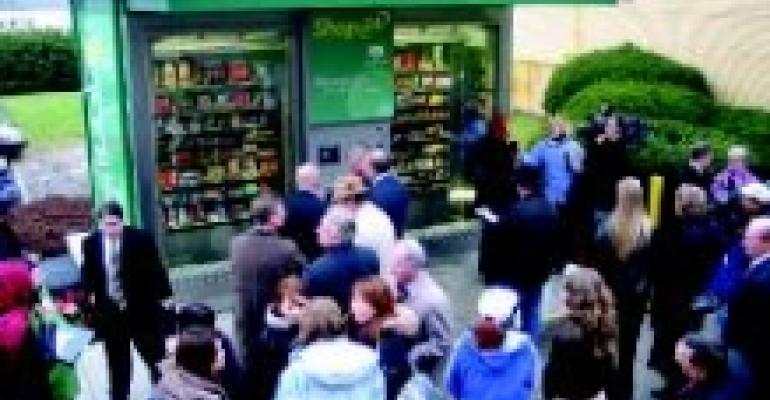 All Seasons Services, Inc., unveiled its first Shop24 automated convenience store in the United States at a ceremony held late last year on the campus of the State University of New York (SUNY) at Morrisville.

The Shop24 concept offers customers 24-hour access to an array of up to 200 products, including refrigerated foods and beverages, dry goods, sundries, wireless communication cards and health and beauty aids, all in a freestanding, self-service, outdoor unit. Payment is made with cash or credit or debit cards through an interactive screen. A robotic arm collects the product and delivers it to the ' takeout' gate within 20 seconds.

All Seasons is deploying Shop 24 in the US through a relationship with its developer, New Zealand-based VTL Group Ltd.

VTL has had considerable success with the concept in Europe, where it currently operates 160 locations in seven countries, generating more than 60 million consumer transactions. In December 2004, VTL acquired a substantial long-term interest in All Seasons, a major provider of vending and office refreshment services to more than 10,000 accounts in 16 states that generate annual sales of around $200 million.

All Seasons CEO Mark Bruno says SUNY-Morrisville is only the beginning of what the company sees as a major initiative capitalizing on the market's growing need for cost-effective convenience retailing options (the SUNY unit replaced a moneylosing traditional campus c-store). He says the company is exploring sites in multiple segments and expects the next unit to open as early as March.

The Shop 24 will be maintained by the company's local branch, where it can be monitored electronically in real time through a wireless linkup.