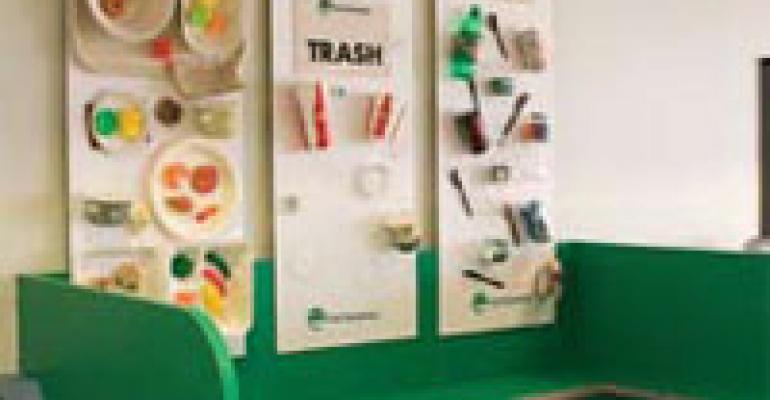 The Cox Communications operations in West Warwick, RI, has been collecting organic food waste and shipping it to a composting facility that will turn it into fertilizer. That will then be returned to the company, where it will be used to enrich the landscaping around Cox's facilities. If successful, the program is expected to be adopted by nearly 50 Cox outlets across New England.

To make the program work, Cox's café asks customers to sort their waste into separate bins, including one for uneaten food and paper trays and plates. That is then funneled into biodegradable containers and shipped out weekly to be composted by a local firm called PF Recycling.

The company's staff seems to have taken to the initiatives, and estimates are that some three-quarters of the waste generated ends up getting recycled. Although Rhode Island only requires plastics 1 and 2 to be recycled by companies, Cox also is able to recycle plastics 3 through 7 through its partnership with PF Recycling.

Besides recycling and composting, Cox has also replaced its company cars with hybrid vehicles and is donating its used fry oil to another local company, Newport Biodiesel, for conversion into biodiesel.

Cox-West Warwick's Sodexo-managed café serves more than 625 meals daily. The plates, trays and cups are made of 100% recycled fiber and are fully compostable. government