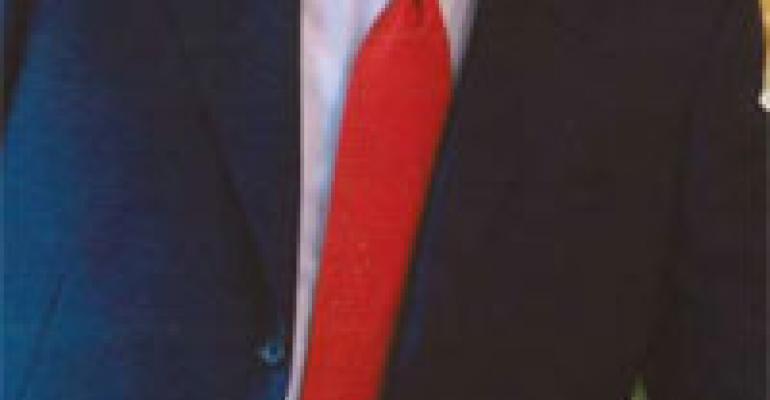 A Contract Legend Returns to the Scene

Mike Bailey, the British catering executive who played a major role building Compass Group's U.S. division, has returned here to form a new holding company he aims to grow to $500 million in the next five years.

It's been nearly two years since Michael Bailey, the former CEO of UK-based Compass Group plc, resigned from that company after stock analysts and investors pummeled its stock when profit performance did not meet expectations for several quarters in a row. In the management shuffle that followed, Bailey disappeared from view.

Lost sight of by many was that he had been a chief architect of Compass' expansion into the U.S. marketplace. In a half dozen years and more than a dozen U.S. acquisitions, he helped turn what was once a regional player in the U.K. into the third largest foodservice management company worldwide by 1993. By 2005 Compass had vaulted into the number one position.

Bailey has a long history as a business builder who began his career on the bottom rung. At 16, he started as a “commis” (apprentice) chef attending culinary school, eventually landing a position with Peter Merchant, Ltd. at its Ford account. Peter Merchant merged with John Gardner to become a division of Trusthouse Forte plc. Meanwhile, Bailey moved up the ladder, transferring to New York in 1984 to manage Trusthouse Forte Foodservices, Inc., growing the business from $40 million to about $250 million before returning to the U.K. to run the parent company in 1990. Eventually, Gardner Merchant was acquired by Sodexo.

In retrospect, Bailey recalls that the years in the U.S. left him “Americanized,” and he returned to this country, joining Compass Group, then looking to expand, in a business development position. In 1994 he was instrumental in helping the U.K. firm acquire the U.S.-based Canteen Corp., the basis on which Compass built its U.S. managed service empire over the next decade.

Bailey remained under the radar until last month, when he announced the formation, with San Francisco-based Gryphon Investors, of a new foodservice holding company — TrustHouse Services Group — and the acquisition of three regional U.S. management companies. At the same time, he has relocated from his home in Switzerland to new offices in Charlotte, NC.

FM conducted this exclusive interview with Bailey to learn more about his new business venture and its longer-term objectives.

What brings you back to the U.S., and what is the goal you have in starting the new company?

BAILEY: “After I retired, I took a year off and lived in Switzerland. I purposefully did nothing for a time, but got bored. The question was: if you want to do something, where do you go to do it? The answer was clearly here, in the U.S..

“We are looking to build a stand-alone company to fill a spot in the middle market. TrustHouse Services Group will have a federation-type structure and will be positioned against healthcare, primarily senior dining, and education. B&I and vending are still good businesses, but we think they are not the place to be right now.

“We look at the graying of America and want to establish ourselves in long term care where there will be good growth over time. Food is the focal point of the day and it is a matter of giving the customers what they want, not what you want. There are very regional tastes and that plays well to our regional approach.

“Education also has growth opportunities. Our largest account is about $5 million, in higher education. We do a fair bit of K-12 business in the companies we've acquired. These are not massive districts, but small districts that run efficiently and offer good quality food in a local environment. We will be looking for other opportunities in that same vein, where we can add value. Private schools also offer opportunity for a quality regional company. They are not just looking for good food at a good price, but also for management responsiveness, which we can offer.”

What can you tell us about your acquisitions?

“Fitz Vogt is a terrific business. It was started by Carl Fitz 31 years ago and has a great reputation in its market. Today it's managed by its president, Jim Hecker, and operates in New England, New York, Pennsylvania and Maryland. It is the same with Wayne Burke, the President and CEO who runs Aladdin. Aladdin acquired AmeriServe last year and now operates in 20 states, mostly in the Mid-Atlantic, Midwest and Southeast.

“We expect to make additional acquisitions and don't see why we can't take the company to $500 million in five or six years.”

BAILEY: “It is true that there is quite a chasm between the big boys and the next players. That is much different than when I first came to the U.S. and it is partly my own fault!

“Still, we think there are a fair number of candidates in education or healthcare with revenues of less than 100 million a year. While companies this size would not make a big difference to one of the large management firms, the impact they could have for a company like ours could be significant.”

What about the brand equity in the names of the companies you've acquired or will acquire?

BAILEY: “Why buy a company like Aladdin or Fitz Vogt and throw that equity out? They've spent decades building regional reputations. It would be a mistake unless geography at some point gets in the way. If that becomes an issue it is a good problem to have because it means you have growth going on.

“While some integration is our goal, that will be in the sense of sharing and leveraging best practices. That is the beauty of owning many companies. You can learn a lot by studying how different companies do things differently, learning from each other. That is where you get value.”
— John Lawn