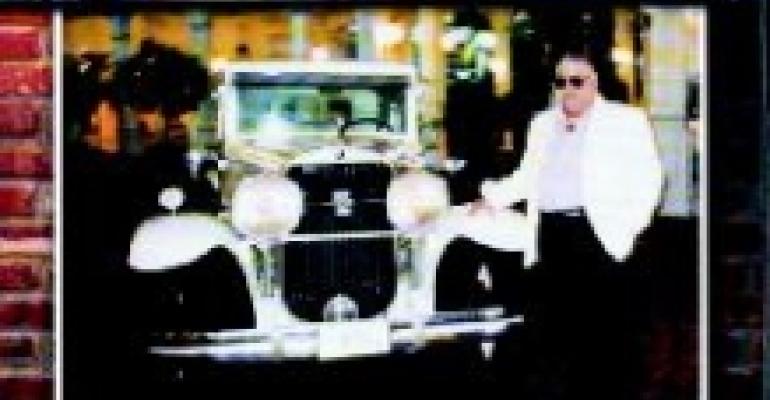 John Castro is the district general-manager for contract management company Eurest Dining Services in Chicago, overseeing 14 accounts, including the Majestic Star Casino. He has been with Eurest since the company's entry into the U.S. market 15 years ago, and has been in the foodservice industry for 25 years.

But Castro has a second life outside foodservice. He is also "Soul Man," dubbed as such by no less than R&B legend Koko Taylor ("Wang Dang Doodle," "I Got What It Takes").

In between all this, Castro found time to create the Chicago Chefs of Cuisine Association's Hall of Fame & Culinary Museum, of which he is currently the chairman (he also sits on the education board of the Illinois Restaurant Association). Chicago is reportedly the first chef chapter in the U.S. to have a hall of fame/culinary museum, and Castro recently organized the induction of Chef Charlie Trotter into the museum.

A couple years ago, Castro got together with Taylor and a crackerjack crew of Chicago musicians and backup singers to release a CD titled John Castro's Sessions with the Legends. It features duets with Taylor on cuts like the rollicking album opener "Sweet Home Chicago" and Taylor's own "Rock 'n Roll Back to the Blues."

In addition, there are muscular R&B workouts ("Mustang Sally"), standards ("Three Times a Lady, "What Kind of Fool Am I"), show tunes ("Maria") and even contemporary rock (the Elton John hit "Don't Let the Sun Go Down on Me"). Through it all, Castro shows off a strong soulful set of pipes equally at home on the barnburners and the ballads. The CD, from Soul Man Records, is available at cdbaby.com and other online stores.

As businesses reopen, contract management giant Sodexo adapts to a changing world
May 15, 2020

The road ahead for onsite dining: No relief until at least the fall for event concessionaires
May 14, 2020