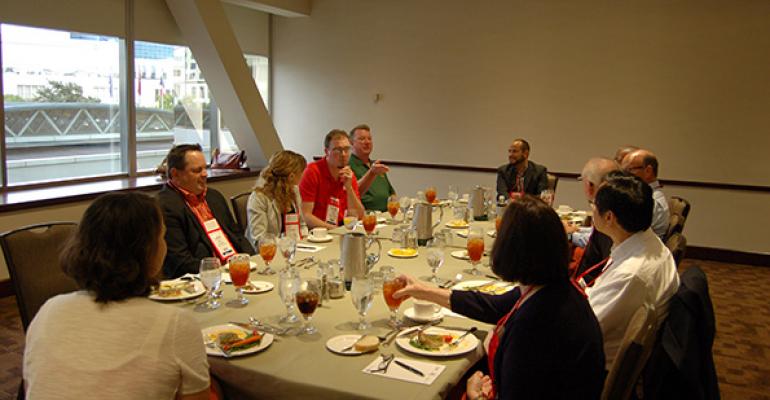 Real talk from the winners’ circle of the onsite world at MUFSO 2015.

The winners of this year’s Best Concept Awards were together in Dallas last week to step into the spotlight to receive their awards onstage, of course, but also to share the strategies behind their stories, lessons learned and the new ideas they’re already working on.

At a roundtable discussion led by FM Editor-in-Chief Becky Schilling, the winners’ circle engaged in behind-the-scenes talk about their standout concepts and how the ideas got sparked, made it through the many project management phases and then came to fruition. Here are some of the main points they shared.

Know-how in project management takes UCSFMC into the future. The robot-powered Best in Show winner, The University of California San Francisco Medical Center (UCSFMC), is a lesson in implementing new ideas. While it’s not the most glamorous topic, project management is the force that brings those ideas to life, according to Dan Henroid, director of food and nutrition services.

“I think everyone in foodservice leadership should take a class in project management,” Henroid says. “How many times have we started a project that’s twice the cost and three times the time? You need to understand the cycles, how to scope, and be able to adjust and reprioritize.”

What’s next: The team will be looking at tech startups that incorporate health and wellness with technology. 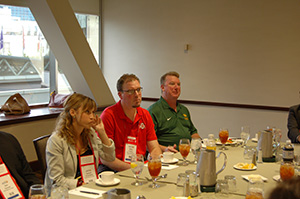 “We had been denied by the city to sell beer and wine at a café,” says Aaron Nielson, director of dining services. “That’s not consistent with education. So we said, ‘Let’s build an educational brewery.’”

A test run made all the difference for Tiffin. Serena Crutchfield, director of marketing, Restaurant Associates, says the Best Station Concept, a smartly packaged Indian street food concept, Tiffin, saw the light of day thanks to testing at RA’s Morgan-Stanley account in New York City.

“It’s become more commonplace to test a concept at an account,” Crutchfield says. “That allowed us to see in real time how it would work, what the weaknesses were, more so than focus groups would. And there’s a big Indian population there who wanted authentic food. It’s now a branded culinary program for other accounts.”

What’s next for RA? A focus on fascinating, attention-grabbing food. Not “fusion,” per se, but such things as sushi, but with Latin flavors, meant to be intriguing to adventurous millennials. Imperfect produce will also be making more appearances.

“With this project, we said, ‘Hey, we want to try and do this,' and [stakeholders] said, ‘OK.’ Then we started getting educators involved along with the kids, seeing where their food comes from, start to finish,” Gasper says. “We learned that sometimes you have to jump out of the airplane and not know if the parachute is going to open.”

Coming soon: Winner Winner Chicken Dinner: Part Deux. The district is repeating the event this year with even more local products in use.

Buy-in from the top was key for kiosks at Hilton Head High School. Roberta Edwards, general manager at the Beaufort (South Carolina) County School District/Sodexo says the strong vision of one school principal made the difference for the Best Convenience Retailing Concept: The kiosk program at Hilton Head High School, which allows the entire student body to eat during a single 50-minute lunch period.

“The principal visited a school doing something similar and wanted to set up a lunch period with built-in study time to increase test scores,” Edwards says. “She came to us with her vision, and the support of the board followed, because we have built a reputation.”

Coming up next: build-your-own breakfast parfaits for breakfast.

Ironsides Waffles is based on a trend with staying power. Thomas Beckmann, general manager Tulane University/Sodexo, says the Best Menu winner, Ironsides Waffles food truck, was inspired by the growing New Orleans food truck scene. “It was an effort to get into that scene,” he says, adding that he’s confident in the truck’s staying power, since he predicts that “waffles will never go out of style.”

What’s next? Beckmann and his team are working on a new concept, Rouler, a play on New Orlean’s quote: “Laissez les bon temps rouler.” Also, a solar-powered coffee cart, and What’s the Dill, a New York deli-inspired concept.

“We visited restaurants throughout town with a health and wellness focus,” Folino says. “We found that we could take this element here, that element there.”

Coming soon: a juice and smoothie bar that focuses on ingredients known to be “brain food.”

“When we first explained the idea to the school board, they said, ‘We don’t really understand what you’re talking about, but we trust you,’” says Judy Lee, director of food and nutrition services. “And once they saw it, they were amazed.”

Perhaps being your own Project Manager is the best route. The Best Renovation winner, The Blue Wall at the University of Massachusetts, Amherst, is inspired more by Mario Batali’s Eatery locations than a multiconcept food court. Ken Toong, executive director auxiliary enterprises, acknowledged that projects often take more time and more money than originally estimated. Always striving for perfection, Toong says he thinks if his department had been more involved, the process would have been smoother.

“We want to have more ownership over the next project,” Toong says. “We should have more say, rather than relying on a project manager. We all want projects on time, on schedule and on budget. But did any of these projects accomplish that?”

Sodexo’s award-winning concept is already receiving updates. Sodexo’s In the Zone, a toolkit for retail outlet managers, won the Best Management Company Concept, but it’s not resting on its laurels. 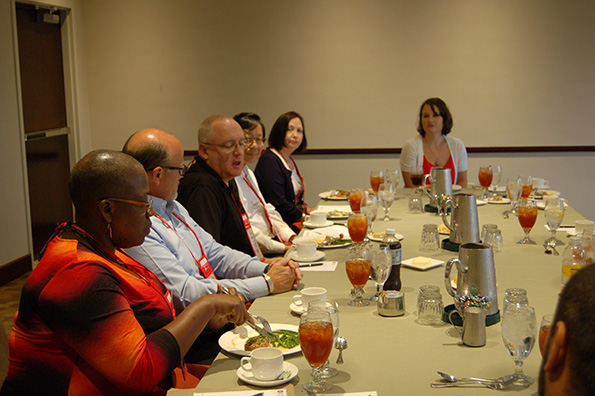 The MUFSO Premier sponsor is The Coca Cola Company.

Presenting sponsors are: Dinova, Fishbowl, The Beef Checkoff and The Coca Cola Company

Keynotes/general sessions are presented by: Avocados from Mexico, e*Restaurant from Altametrics and the Texas Restaurant Association.

The Monday night awards reception and awards presentation are sponsored by: Avocados from Mexico.

Hot Concept/Best Concepts Celebration is sponsored by e*Restaurant from Altametrics.

Welcome Package is sponsored by Whirley-DrinkWorks!