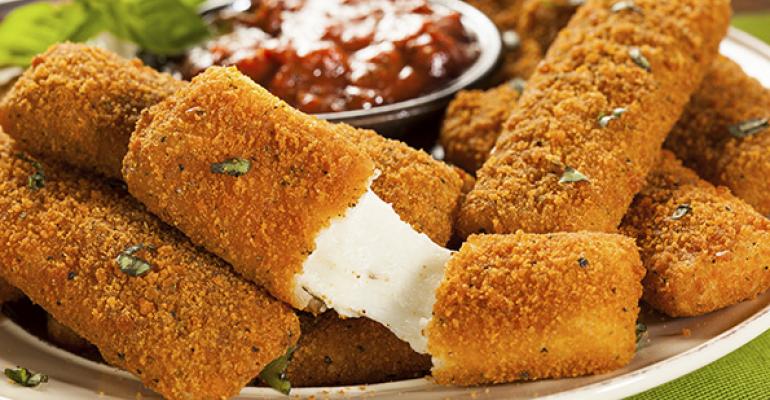 This and more are the things you missed for the week of Sept. 21.

1.    Burger name offends student
In a case of how to handle a controversy properly, Marywood University, in Scranton, Pa., quickly responded to an offending menu item name. Dining services, which is managed by Chartwells, named a black bean burger “The Beaner,” a derogatory name for people of Mexican descent. When a student saw the name, she emailed dining services director Jon Barzensky asking about the name. According to The Woodward, Barzensky apologized, saying he didn’t know about the connotation and the name for the burger was quickly changed. Barzensky told the paper the name was in reference to the ingredients in the burger. While it’s unfortunate something like this happened, dining services quickly responded to the complaint and took credit for the mistake.

2.    Student petition brings back cheese sticks
Last fall Washington University in St. Louis joined the Partnership for a Healthier America. As part of joining the movement, dining services agreed to pursue a number of health-related goals, one of which was to limit the amount of fried foods in its dining halls. That led to mozzarella sticks being eliminated from the menu at Bear’s Den. That move didn’t go over with a group of students, 300 of whom signed an online petition asking for their cheese sticks back. Dining services, which is managed by Bon Appetit, agreed to bring the item back one night a week—it was able to do so by cutting a different fried food that night.

3. Prizes over praise when it comes to getting kids to eat healthy
A study by Utah State University found that giving kids prizes worked better than giving them praise when it comes to incentivizing healthy eating. Children who received a prize for eating healthy at school increased their fruit and vegetable consumption by 92 percent, compared to 50 percent for those students who received praise from teachers. The good news, however, was doing either of the methods helped—students who received neither prizes nor praise consumed 46 percent less produce.

4.    Scouting airplane food
When you spend a lot of time on airplanes—I’m well on my way to 100 flights this year—you learn which airlines have the best food. Now, there’s a website that can help you. Airlinemeals.net is nothing but photos flyers have taken of their airplane meals. The site tells viewers what airline and route the meal came from, as well as the flyer class and a meal-rating system.

Read more: There is a website devoted purely to pictures of plane food

5.    Sodexo employs “culinary diplomacy” at the House
Sodexo took over the foodservice at the House of Representatives in August, and it has created a new staff position, community relations officer. Taking over the newly created post is Frank Fimbres, who told Rollcall.com that he would use “culinary diplomacy” to ensure House members and their guests have an enjoyable dining experience.

Editor's note: Unfortunately, the link to the full Roll Call's story seems to be temporarily broken. We hope the issue will be resolved shortly.