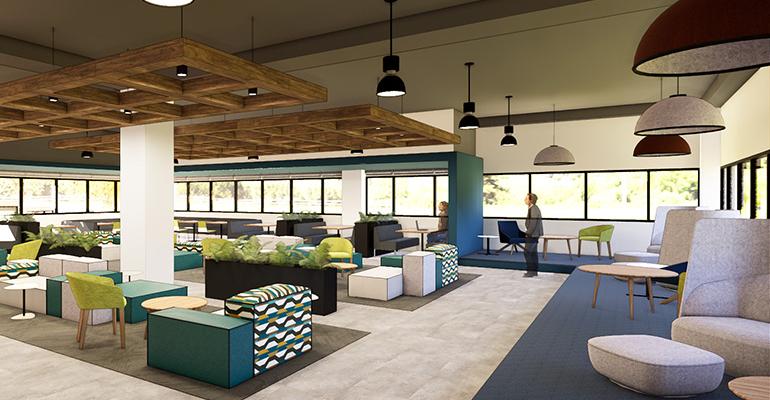 A “break room” or a dull-as-dishwater cafeteria will no longer cut it with today’s workforce. In an era of comfortable third places like Panera and Starbucks and playful, inviting coworking models, employees expect more. And, as rents rise, individual workspaces shrink and open offices gain ground, the café needs to serve a variety of functions, not simply be a place to refuel and re-caffeinate but act as a natural magnet for meetings, team-building, social interactions, small group huddles, product introductions and more.

Upgraded foodservice has become an expectation, something that tech startups and other companies have adopted as part of the competition for the best and brightest young talent. The facilities are the next wave of innovation, a way to create a point of differentiation and encourage collaboration. Design firm Stantec’s approach, which it calls “super cafes,” create an open and versatile environment that encourages collaboration in a variety of forms. 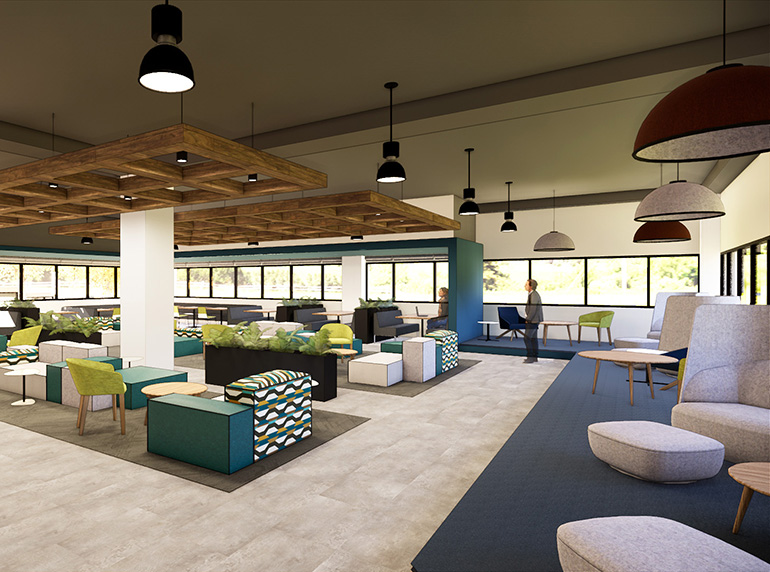 “The trend is to give it a coffee shop vibe, no matter what it is,” says Emily Richards, a Stantec associate and senior project manager. Warm finishes, lots of natural light and a casual vibe are design elements.

“One of the biggest conversations we have with clients is about flexibility,” says Sarah McGarry, a Stantec senior associate. “They want to use the space for all-hands meetings, it might have to be configured for presentations, but people also love booths. We always try to build in those cozy spaces, but also four tops and tables that can be put together when needed.”

For many companies, the super café is one of the first elements in a new design, positioned strategically to act as a hub connecting the environment. With no walls, it’s often surrounded by a buffer zone of lounges or conference rooms to insulate the dedicated working areas from chatter and other noise emanating from the café. The café itself, however, is an extension of the workspace. 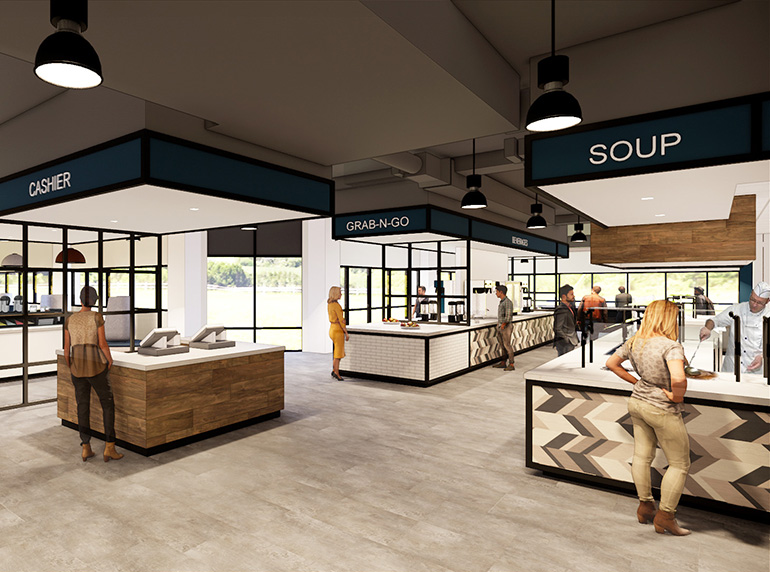 Seating matters at a super café. At Google, which has adopted Stantec’s model at a number of locations, cafés are intentionally set up to encourage family-style dining. “Most engineers are introverted, and we wanted to make sure they connect with other Googlers whom they don’t see much or haven’t met,” Richards says. “It’s pretty simple: We use big, long tables, which forces people to sit next to each other, and we limit the number of two tops and four tops.”

But that same footprint might accommodate booths, banquettes and private dining areas as well. Those configurations allow teams to huddle, either to share a meal or to work together.

Acoustics and lighting are additional key considerations, especially if a café is going to host presentations. “We can’t just go in there and design it like a restaurant with all hard surfaces,” McGarry says.

Some connection to the outside—either via a patio or oversized windows—is the latest hot item on clients’ wish lists, Richards says. “We do a lot of them when the café is on the first floor, but we’ve also done them on upper floors and on rooftops. It really depends on the building and the client.”

Building out an open, super café-style space is a natural step in new construction, but it’s something businesses are considering as part of renovations or expansions as well, McGarry notes. She worked with CoBank on a project that involved retrofitting the front of house but keeping the equipment and facilities in the back of house largely intact. The previous concept had a dated feel and menu, and today it’s buzzing with a new look, a pizza oven and a wok station.

Introducing open-plan contemporary cafés into a firmly established corporate culture can be a challenge, especially when managers and employees are accustomed to a more traditional setup. But the switch can bring new energy to an environment, as it did when Marriott launched a new Stantec design at its Caribbean/Latin American regional sales offices in Plantation, Fla. The new café provides a hodgepodge of casual seating, bright colors and beachy accents, more befitting the location and mission of the occupants.

Ultimately, the mark of a successful super café is adaptability. “This is one of the most activated spaces in the whole office. It’s always filled up with people using it for a variety of meetings, not just sitting and having lunch,” McGarry says.