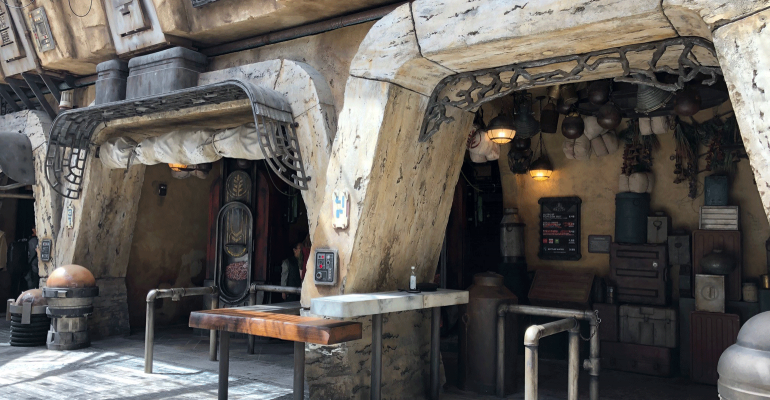 Since the first Star Wars film hit the movie theaters in 1977, the franchise’s diehard fans have been able to wield lightsabers like Luke Skywalker, don brown robes like a Jedi and mimic the legendary side buns of Princess Leia.

Retail merchandising has made it easy to emulate your favorite Star Wars character for decades. But fans have never been able to eat and drink like Han, Leia and Luke — until now with the opening Friday of Star Wars: Galaxy’s Edge at Disneyland.

Related: What to eat and drink at Star Wars: Galaxy’s Edge

The Anaheim, Calif.-based theme park unveils its long-anticipated 14-acre homage to the epic space saga on May 31. The land features five food and beverage outposts serving galactic-themed foods named after creatures and planets in the Star Wars universe such as Fried Endorian Tip-yip and Jabba Juice. 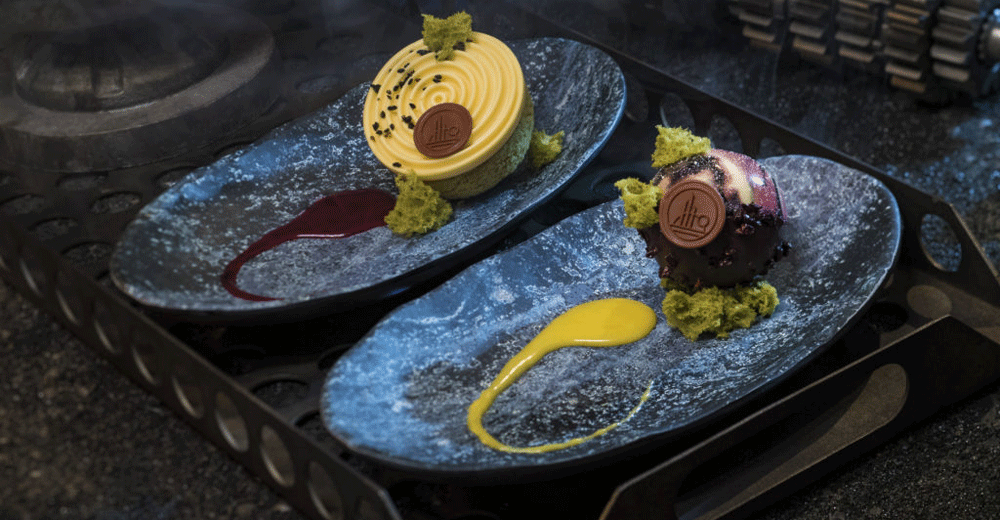 “We had an opportunity to bring the taste and smell of Star Wars to guests. That was so exciting,” Culinary Director Brian Piasecki said during a media preview of the land held Wednesday.

The menus, developed by the Disney culinary team in Orlando, Fla., follow the strict Star Wars lexicon. Most everything is hard to pronounce, but that’s the beauty of the land.

Galaxy’s Edge is set in Black Spire Outpost in the Star Wars planet of Batuu. A duplicate version of the land will open in late summer at Disney's Hollywood Studios in Florida. The space port is an entirely new Star Wars world, home to smugglers, traders and adventurers. 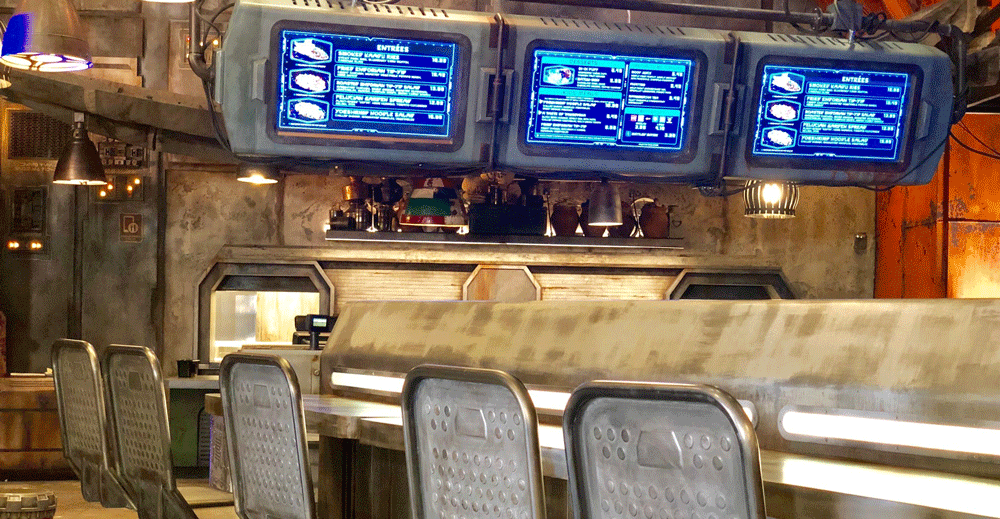 Creating the outpost from scratch was crucial for Disney, as it gave Imagineers a clean slate to create a Star Wars world with no limits. Among the biggest culinary challenges was developing the iconic Blue Milk, one of the few foods mentioned in the entire film canon.

“What does Blue Milk taste like?” Piasecki’s team asked themselves when they began thinking about the cuisine in 2015.

As it turns outs, it’s a very modern semi-frozen dairy-free beverage. The plant-based drink is made with a blend of coconut and rice milk mixed with passion fruit, pineapple and watermelon.

“It’s like melted soft serve,” Piasecki said during an interview inside Docking Bay 7 Food and Cargo. 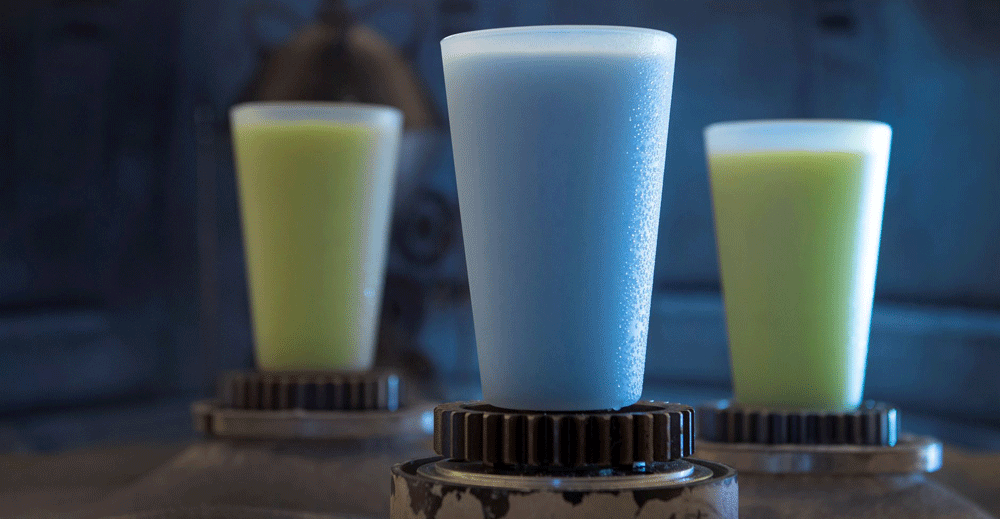 A green version with pineapple and lime juice is also sold at the Milk Stand, one of two beverage-focused food venues at the land. The other is Oga’s Cantina, a dark speakeasy-style lounge with a menu that includes blue-tinted wine, craft beer and eight themed alcoholic concoctions such as Yub Nub and the Dagobah Slug Slinger.

The culinary team went to great lengths to ensure every dish had a Star Wars backstory or presentation — from the celestial looking Batuu-bon chocolate mousse cake to the non-alcoholic Blue Bantha chilled drink found at Oga’s. 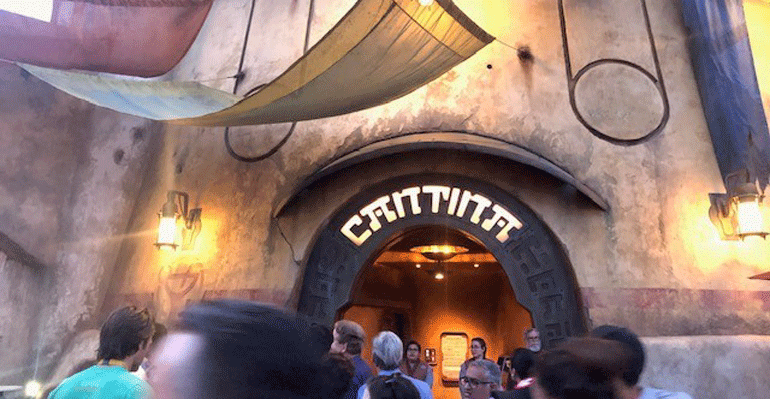 Even the plateware and soda packaging is otherworldly. A heavy metal spork accompanies dishes at Docking Bay 7 Food and Cargo, for example.

Coca-Cola created custom bottles of the namesake soda, as well as for Diet Coke, Sprite and Dasani for the land. The spherical orb bottles are printed on scuffed, rusted bright red labels in Aurebesh, the language featured in the film franchise. 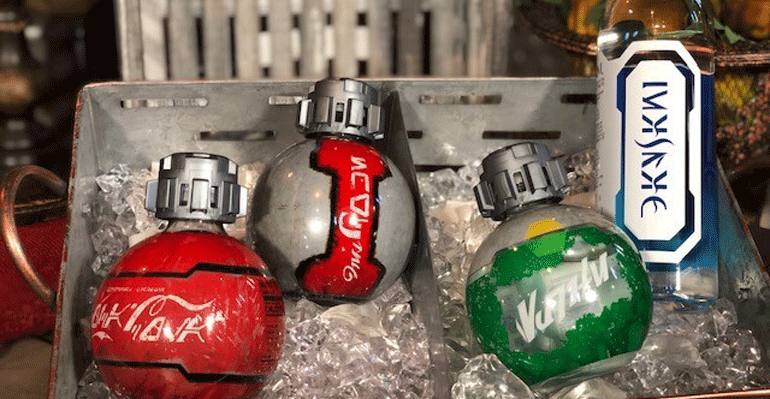 “We wanted to create a package that would appear like it was pulled off a ship or left behind and repurposed as a bottle of your favorite Coca-Cola beverage — all with visual cues that keep you in the Star Wars storyline,” said Matt Cooper, an associate industrial designer at Coke, in a statement.

Scott Trowbridge, studio leader at Walt Disney Imagineering, said every element of the park is designed so guests can live their own Star Wars story — from riding the Millennium Falcon to drinking whimsical libations at Oga’s Cantina.

“The land is its own e-Ticket attraction,” Trowbridge said.