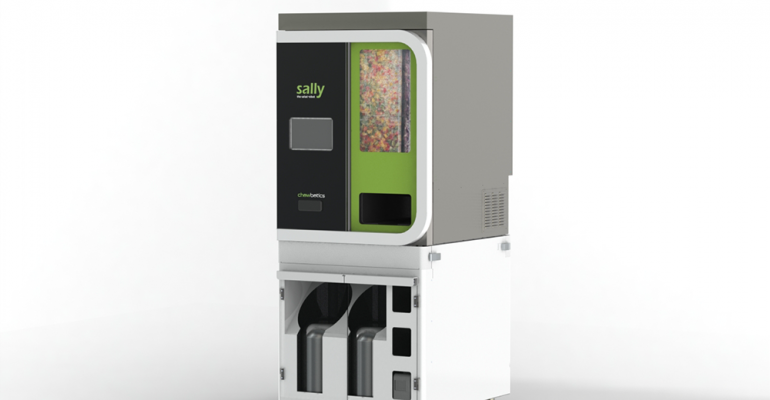 Have questions about robots in foodservice?

So do we. So FM asked a Sodexo manager what it’s like to work side by side with a robot named SALLY, and what this experience may be able to teach us about the future of foodservice.

There’s a new Sodexo chef that’s making a major first impression with her quinoa bowls, salads and snacks. In her first week of work for Sodexo at insurance company USAA in San Antonio, she made 579 salads. Her name is SALLY. And she’s not human. So, what exactly is SALLY? An automated robot that can make a fairly comprehensive menu. But not without some human help. At USAA, the Sodexo team preps all the fresh ingredients—up to 22—in the kitchen, then stocks up SALLY at each of the 24/7 MicroMarkets across the USAA campus.

Wellness around the clock is the simplified reason behind Sodexo choosing SALLY. From an employee’s standpoint, SALLY means fresher, healthier options any time of day in areas near the workplace. With SALLY’s touch screen, customers can choose one of four composed salads, one quinoa-based grain bowl or to build their own salads, choosing ingredients as they order. 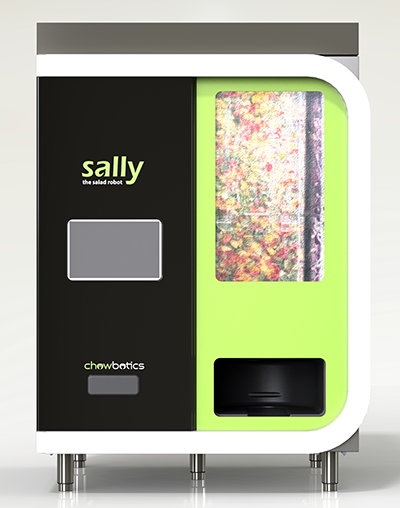 The company that is developing SALLY, Chowbotics, is working on yogurt parfaits, snack cups and other items for SALLY’s repertoire.

From a manager’s standpoint, SALLY is reliable. Managers can see real-time usage reports, temperature control reports and product levels on their smartphone. And SALLY will email managers when an item is low and needs to be replaced.

But what’s it really like to work with SALLY? Here are some answers from Roland Rutjens, resident district manager for Sodexo at UNILEVER in New Jersey.

FM: What were your first thoughts when you saw SALLY in action?

RR: After seeing SALLY in a test kitchen location in New York, we were all very impressed. It was much more grand and robotic than we ever expected…we were very impressed!

FM: How did you decide which ingredients to stock? Will they change seasonally?

RR: We started with similar ingredients as we have on hand on the tossed salad station, which is a very popular station. As we go forward, we will change ingredients seasonally based on popularity.

FM: Are bowls and salads the only thing SALLY is making currently? Can she do other items?

FM: Are managers in charge of programming SALLY? How often does that happen?

RR: Yes, we can change and alter the ingredients ourselves as well as run promotions.

FM: What did customers think when they tried SALLY?

RR: When we installed SALLY, UNILEVER employees were extremely impressed by the flexibility and selection SALLY offers.

FM: What do you think the future holds for robots in foodservice?

RR: We only see this area growing. It’s a great opportunity to supplement dining services and provide a variety of options for customers.

CORRECTION Nov. 20, 2018 The spelling of the name of the company — Chowbotics — that is developing the SALLY robot has been corrected.