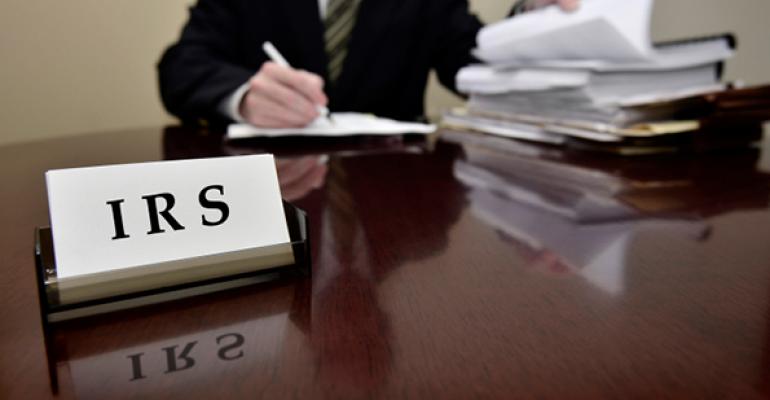 Companies providing complimentary meals may have to pay the government for those taxable fringe benefits.

In late August, the IRS and U.S. Treasury Department issued their Priority Guidance Plan for the year and listed “employee-provided meals” as one of the many issues that need addressed (read taxed). A week later, the Wall Street Journal published a story on the topic and cited the “lavish freebie cafeterias” at Silicon Valley tech companies like Google, Twitter and Facebook as those potentially in the crosshairs. Could their complimentary and high quality meals be considered a taxable fringe benefit?

None of the corporations or management companies we contacted wanted to publicly speak on the matter, but most acknowledged being aware of the recent guidance from the IRS.

The IRS does allow for several exceptions: Meals are not taxable if they’re provided for the company’s convenience, if employees can’t practically go off-premises for meals or the prices charged cover “direct costs,” says Tom MacDermott, a consultant and frequent FM contributor.

He says meeting the test of “employee convenience” can be difficult, especially for companies in cities with restaurants and fast food outlets on every corner, but financial firms, for example, might be able to justify it for analysts and traders who can’t be away from their desks for extended periods. Most companies charge something for meals and as long as the sale price covers food cost and labor, there would be no tax consequences.

This is not the first time the issue has come up. It usually goes away because “its sheer cumbersomeness and complexity makes it nearly unenforceable,” says MacDermott, adding as an example that if a company provides free or discounted food, and one person has a $5 salad and another has a pizza and dessert for $15, are the taxable benefits the same for both? And if not, how can they be calculated for either the individuals or employer over the course of a year?

Bob Friedman, a tax attorney and partner in Holland & Knight’s Miami office specializing in employee benefits, says companies providing free meals would be wise to get ahead of this issue before it comes up during an audit.

If it does get to that point, “the IRS would almost certainly offer employers the opportunity to fix it at their end,” he says. “The IRS just wants its tax revenue. It doesn’t matter who’s paying the freight.”