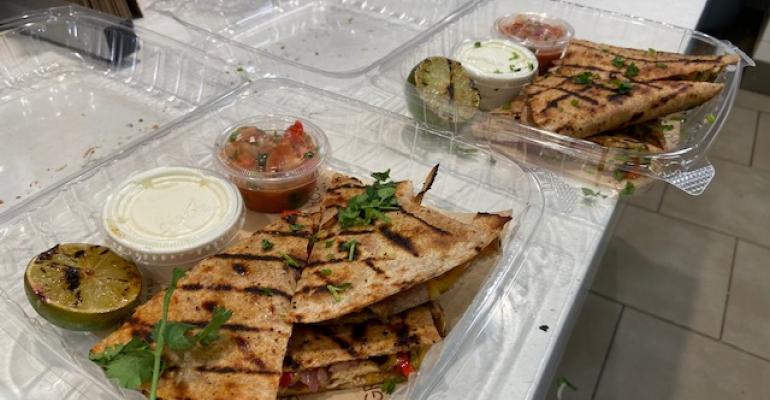 Merritt 7 reopens, with tech-driven changes to its onsite dining

Merritt 7, the multi-tenant complex with dining services run by management company CulinArt in Norwalk, Connecticut, is back in business after its pandemic shutdown. And this time around, service is taking a more technology-centered approach.

Prior to March 2020, Merritt 7 had foodservice operations in five out of the six buildings in the complex. That number shrank to just one when Covid-19 hit. The tiny fraction of employees still working on campus could only get food in building 300. “We were doing 15 to 20 orders a day, down from 3,000 customers a day or more when the buildings were at capacity,” says CulinArt District Manager Hilary Ham.

Building 300 was normally home to Café 301, a grill and deli station, plus a Starbucks. During the shutdown, Café 301 was closed completely while the Starbucks was manned by just two employees and offered a modified grill menu. Customers could order ahead of time and come in to pick up their food.

Café 301 has been the first station to reopen since restrictions began easing in June and July and employers are bringing people back to work. “The population is slowly increasing and sales have doubled since we reopened last month. We’re still serving the same modified grill menu and we’ve added the deli station,” Ham says. 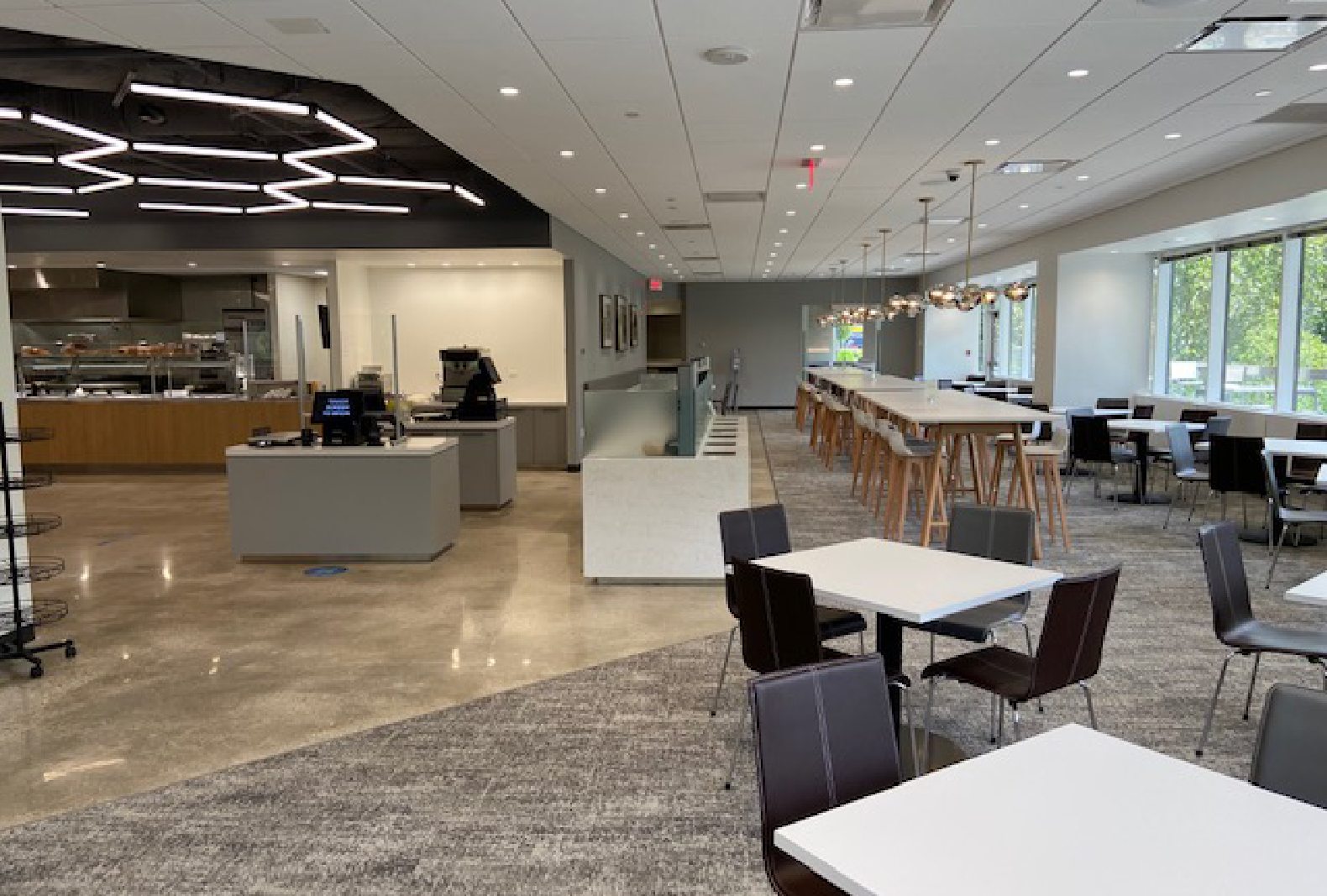 Self-serve kiosks and checkout counters have played a prominent part in the reopening.

CulinArt pivoted to an online ordering system at the start of the pandemic.  “We rolled out online preorders and contactless pickup immediately after the shutdown. We went with NexTep as a preordering POS system. It’s quick and it worked out extremely well,” Ham says.

So well, in fact, that CulinArt decided to keep using it as things have started to open back up. “People are staying with online ordering even with the café being open. Sixty to 70% of our orders are now online,” Ham explains. In fact, while many customers still order from their desks, Ham reports that some place their online orders while they’re down in the café. “So we’ll maintain those trends. They’re popular and it works,” she says.

With Café 301 back in business, customers who prefer to order in person or pick up grab-and-go items can now order from kiosks and do self-checkout. Cashless payment is encouraged too. “We’re encouraging people to go cashless but we’ll accommodate them if they have cash,” says Ham. 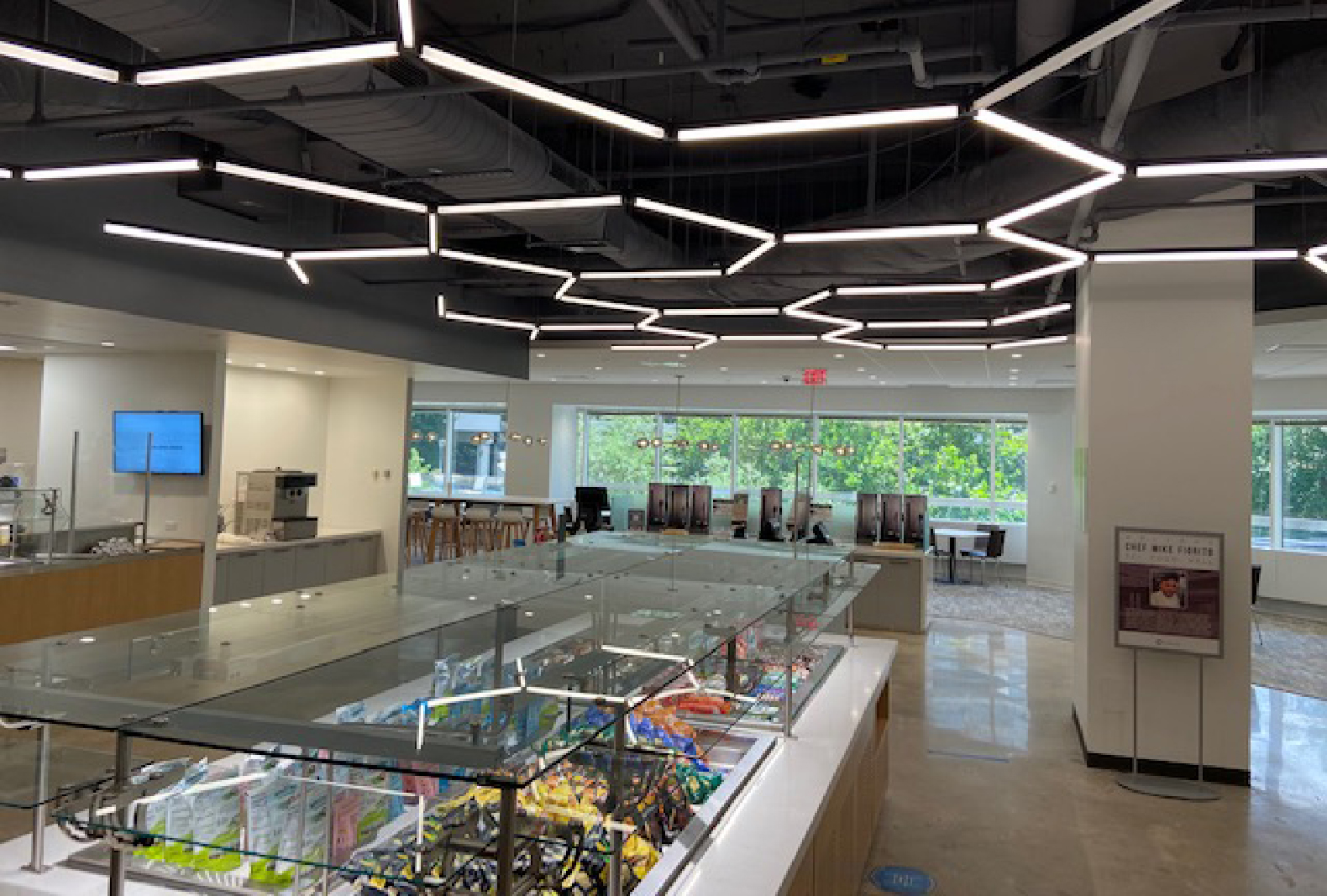 Ham believes that having the option to order food online and take it elsewhere to eat makes many customers feel safer. At the same time, CulinArt has taken steps to make Café 301 more inviting for those who do want to dine on-site. Spaced out seating is available in the café, and breakers that were once used to display packaged snacks have been removed to reduce floor clutter. Though the seating area isn’t nearly as full as it was before the pandemic “having things opened up has made a huge difference visually and psychologically,” Ham says.

Other things at Café 301 look different too. The self-serve salad bar, which closed down at the start of the pandemic, is currently being used as a quick-pick area for items like fruit cups, parfaits, boiled eggs, specialty sandwiches, and prepared heat-and-eat items. But Ham doesn’t see it staying like that forever. “The salad bar is the one thing people have indicated that they missed, so I think we’re gonna get it back” she says. “Some areas might be prepackaged so customers can grab individual items.”

Not every offering is poised for a comeback though. Ham believes that pre-covid, cafeterias and serving stations had gone overboard with offering too many choices, which created unnecessary waste. “People have taken a step back,” she says. Now, customers want food that’s quick and easy to get so they don’t have to spend lots of time standing in line with other people. “They still want options, but we’re looking to just focus more on the things they’re really requesting,” she says.

As for when things will really get back to normal at Merritt 7, with foodservice operating in every building? Ham doesn’t know for sure, but she feels optimistic about the coming months. “Most of our tenants are planning on coming back but they still haven’t committed to when. We’re anticipating increases by October and we’re looking for baristas, cooks, and utilities,” she says. “But we can be totally flexible with our plans.”