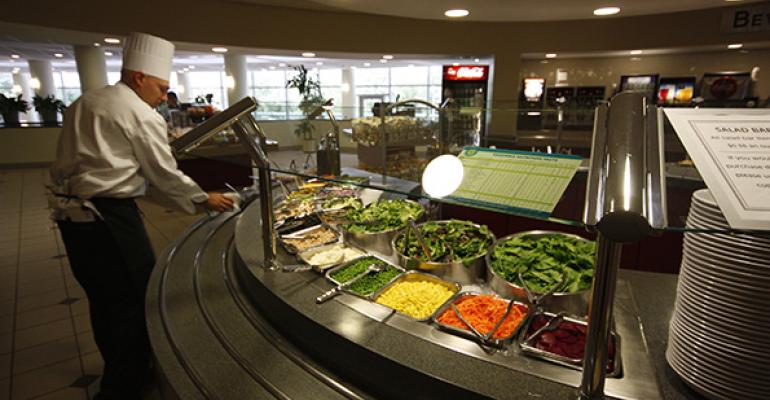 Onsite Dining a Value at Bose

While some companies may be questioning the value of allocating space and investing in onsite dining facilities, Bose Corp. is going in the opposite direction.

The high-end audio firm headquartered in Framingham, MA, not only maintains cafeterias at each of its six buildings around the state but has aggressively been upgrading them as part of a larger renovation initiative.

To date, four company dining venues have received renovations and a fifth is currently undergoing construction.

“We have a lot of conference rooms here but they would always be almost completely full almost all the time, especially when we had people from the other sites coming in,” explains John Strickland, director of corporate support services.

The renovations at Park Place were needed not just to facilitate meetings. It was also a matter of aesthetics and public relations. That was brought home in a dramatic way early in the planning process, Strickland recalls.

“We were showing the plans to a group of employees we had included in the process when one of the senior engineers said, “I have presidents from companies all over the world come here and I was always embarrassed to bring them into this building, so I would always go to the corporate center instead. Now I won’t be embarrassed to have them come here.’

“That captures what we’re trying to do,” Strickland notes: “give people space where they’re proud to be every day. And of course our dining sales have gone up dramatically since we put the new cafeteria in there because we now had the capability to create better programs than we did before.”

Café sales are up 22% at Park Place since the renovation while catering sales have rocketed up 200% thanks to the new conference center. Participation has also risen at both breakfast (from 34% to 41%) and lunch (from 58% to 71%). Customer satisfaction with dining has also ticked up from 80% to 85%, with the “very satisfied” category zooming from 5% to 22%. 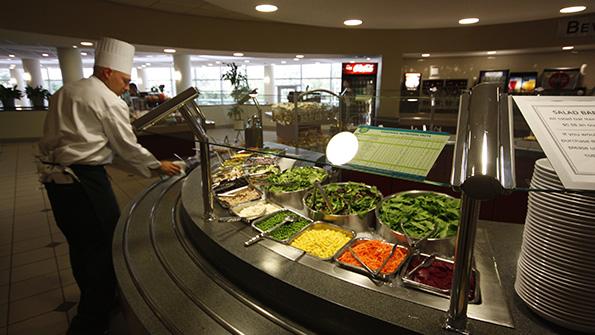 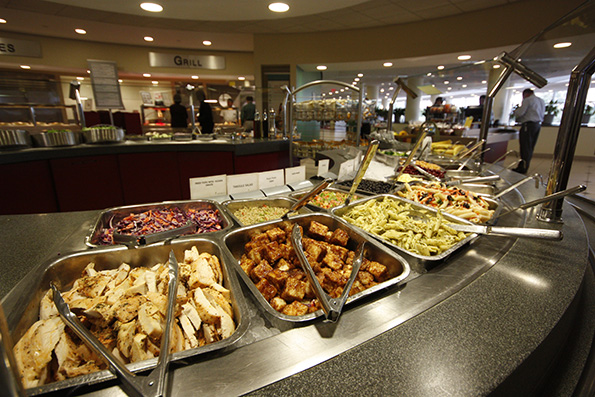 Currently undergoing renovation is the R&D Center facility, the company’s oldest, which presents a special remodeling challenge because it has to be brought up to current codes, Strickland notes. It was the company’s first home and housed all of its departments, from manufacturing to sales and marketing, before Bose grew to the point where it needed more space than one building could accommodate.

“We’ve had to set up a temporary dining service there but hope to be finished by early January,” Strickland says. “Then we’ll start on the next project, our facility in Stowe (MA), which we had first renovated when we purchased it 15 years ago. The work there should take seven or eight months depending on how complex it gets. At that point we’ll be in good shape.”

Held for last will be the company’s Corporate Center, which is only 17 years old and will need only modest upgrades, primarily a new dish machine and accumulator, as the current units are near the end of their service lives. 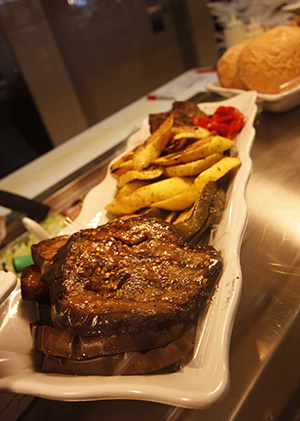 Bose’s first renovation had been done at the facility in Westboro, MA. “We did a first step renovation of that when we took possession of the first floor about eight years ago,” Strickland says. “About a year ago we got possession of another 70,000 sq.ft., half of which was on the first floor. This was totally raw space around the loading dock where we created a conference center. It also only had a paper-only cafeteria at the time, so we put a dish room and an accumulator in there so they could have china and silver. That’s something that makes people feel a lot better about being part of the company.”

The refurbishing at Westboro was completed about a year ago.

“We have been fortunate that our company sees the value of onsite foodservice and it has made it easier for us to maintain a good program,” Strickland emphasizes. “We are a privately held company, but we do subsidize our foodservice at a reasonable level.”

That accommodating approach does come with a caveat, however.

“We don’t allow people to have any kind of food or coffee at their desks, and that kind of forces them to go to the cafeteria for socialization and doing business. But that’s also another reason we want to make sure that when they go down there they are happy with what they’re getting and seeing.”

To make sure they like what they are getting, Bose conducts an annual survey as part of its service agreement with Sodexo, which manages the dining operations for the company. 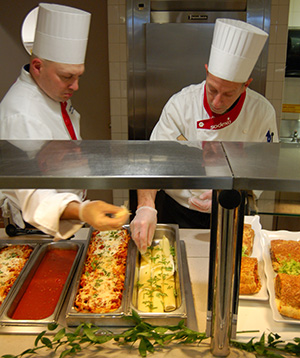 Sodexo also employs its Personix program, a software tool that analyzes the demographics of different building populations in order to match them with menus that meet their preferences, a critical factor when different buildings have different kinds of personnel.

Another high-interest event is the Friday breakfast buffet: “People can pile their plate high for five bucks,” says Strickland.