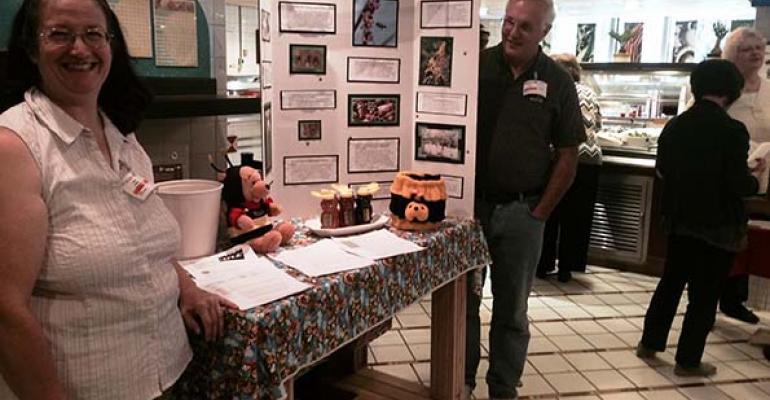 As part of an integrated local-sourcing event, Highmark Pittsburgh celebrated the humble honeybee in the sweetest of ways.

Honeybees are directly responsible for an estimated $15 billion worth of agricultural production including more than 130 fruits and vegetables like apples, berries, cantaloupes, cucumbers, alfalfa and almonds.

With colonies disappearing at an alarming rate, a nationwide effort has been launched to promote and advance beekeeping, educate the public about honeybees and raise awareness of the environmental concerns affecting them.

Highmark is a nonprofit health and wellness system that has worked to build healthier, stronger communities for over 75 years. Under the direction of Lenny DeMartino C.D.M., C.F.P.P., General Manager, Parkhurst Dining at Highmark Pittsburgh, the foodservice operation has evolved significantly over the past decade to focus on more healthful options and ingredients. 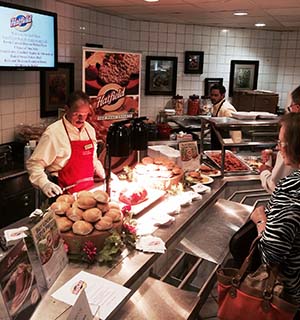 “Highmark is a health-driven company,” says DeMartino. “And so that mindset is incorporated into everything we do, especially events.”

Highmark’s National Honeybee Day celebration was initially geared toward its farm to table and local sourcing initiatives. But it sweetened up with honey tastings from Maple Valley Farms of Pittsburgh, a dedicated honeybee-inspired menu created by Parkhurst Dining Executive Chef Cameron Clegg, and local farmers and beekeepers who discussed sustainable gardening as well as the health benefits of locally produced honey.

“When the sustainability coordinator brought the idea to celebrate honeybees to us, we jumped at it,” says DeMartino. “Our local partners did, too. Some even came to campus and participated in a mini-farmers’ market selling produce that depends on honey bee pollination such as blueberries, cherries, melons and broccoli.”

Customers loved it. And the “buzz” spread.

At Highmark Camp Hill, Linda Purcell, president of the Capital Area Beekeeper's Association, presented on how to help save honeybees. At Highmark Pittsburgh employee Lynda Reich, who is a beekeeper, brought the event to life with her honeybees (see photo).

“Knowing not only where our honey comes from but also how important the bees are to our agricultural system was enlightening,” says DeMartino, who notes that guest counts were up 30% that day. “Many commented on how the different kinds of honey tasted as well as all the health benefits it can provide.”

“This was a really fun menu to create for our guests,” says Clegg, who has been with Parkhurst for over six years. “A lot of these dishes were so popular that they’ll be added to our regular menus across all three campuses.”

That’s a win for Highmark employees—and honeybees, too.

1. Combine all ingredients except oil in a small bowl and combine. Blend with immersion blender and add oil in a slow, steady stream as you pour.
2. Cover and chill until ready to use.

1. Preheat oven to 400°F. In a shallow bowl, combine first seven ingredients.
2. Place almonds in another shallow bowl. Dip fillets in honey mixture, then coat with almonds.
3. Place in a sprayed 13x9” baking dish. Bake, uncovered, 15-20 minutes or until fish flakes easily with a fork.