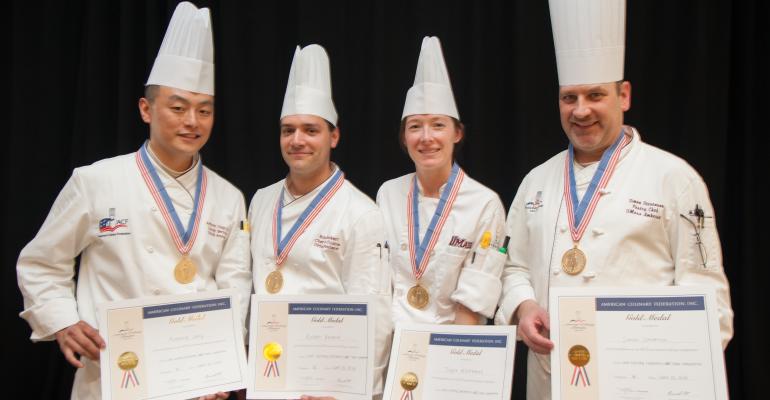 UMass Dining Wins Gold at Taste of the World Conference

The Taste of the World Chef Conference, UMass’ yearly gathering of top culinarians in university dining from all over the country (and Canada), culminates with the cooking competition.

For the fourth year in a row, UMass Dining took the gold, with head judge Nobel Masi praising the craftsmanship on the plates and the “clean, nice balance of flavor.” 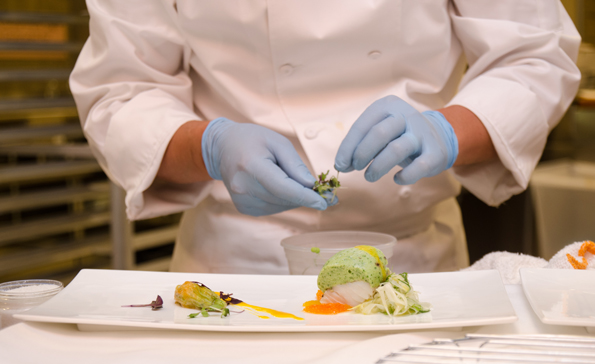 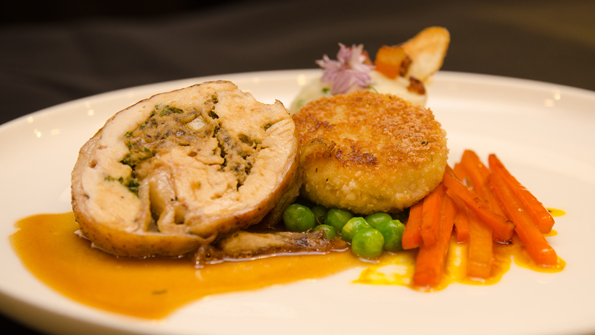 “We are proud of the accomplishments of the culinary team; their work reflects highly on our program,” says Ken Toong, executive director of UMass Auxiliary Enterprises, adding that the winning dishes will be offered on a menu soon.

This year marked the 20th anniversary of the UMass Taste of the World Chef Conference, an event developed to accelerate foodservice concepts and trends into the college world with a focus on health, sustainability, and food ethics.