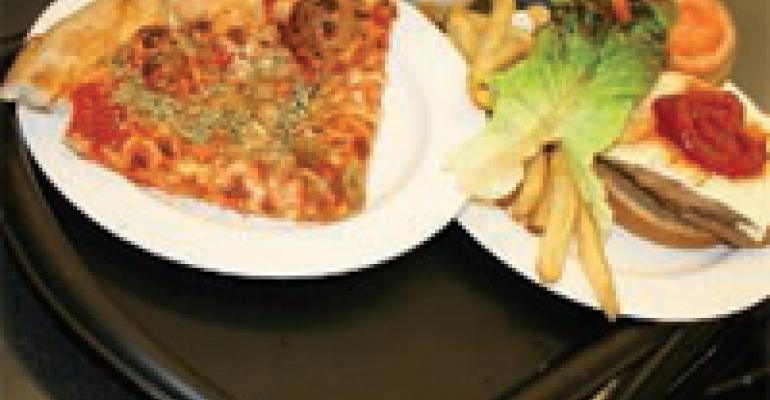 WHILE MANY ALL-YOU-CARE-TO-EAT college dining halls have opted to go trayless as a way to cut down on food waste, the University of Missouri-Columbia has decided to go another route. A compromise route, so to speak, that is not so much “trayless” as “less tray.”

The school's newly renovated Rollins dining hall provides students with smaller-than-normal trays that still provide the convenience of trays but don't let eyes-bigger-than-their-stomachs diners load up, only to toss much of it in the trash.

Has it worked? Too soon to tell, says Campus Dining's Andrew Lough. “We don't have enough data yet this year to say definitively that waste is lower,” he says.

“Plus, there are additional variables — namely it is a completely new student body. However, in talking to students, and the small amount of data we currently have shows some impact in reducing waste.”

THE DEADLINE FOR ENTRIES TO FM'S BEST CONCEPT AWARDS competition is March 31, 2010. For info or a nomination form, go to: food-management.com/best_concept_entry/1010-best-concept-nominations.