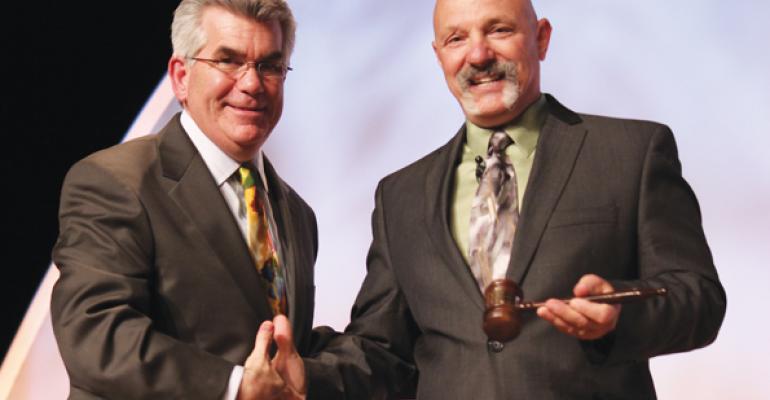 Group positions itself to “move forward together as an entire community.”

Heading north, to Minneapolis, members of the National Association of College and University Food Services met at NACUFS’ national conference in early July for four days of educational, networking and strategic planning activities.

In membership assembly remarks, outgoing President Tim Dietzler said that with solid financial reserves, a committed membership and its new executive director, the organization has a strategic opportunity to strengthen its value proposition and governance and “to move forward together as an entire community.”

Incoming President Mark LoParco emphasized NACUFS’ need to focus on re-aligning the organization with its mission and to upgrade its approach membership development and enhance NACUFS’ image and brand “at the highest administrative levels” of member institutions.

In awards presentations, NACUFS gave its top honor, the Theodore W. Minah Distinguished Service Award, posthumously to Dr. Samuel Bennett of Texas Tech. Bennett’s award was presented by past President Nona Golledge and accepted on his behalf by Shirleta Benfield, also a past president and a friend and colleague of Bennett’s for more than 30 years (see video).

The Daryl Van Hook Industry Award was given to Andrew Shakman of LeanPath, Inc.. Two Richard Lichtenfelt Awards were presented, to Sharon Olson of Y-Pulse and Richard Williams of Grinnell College.