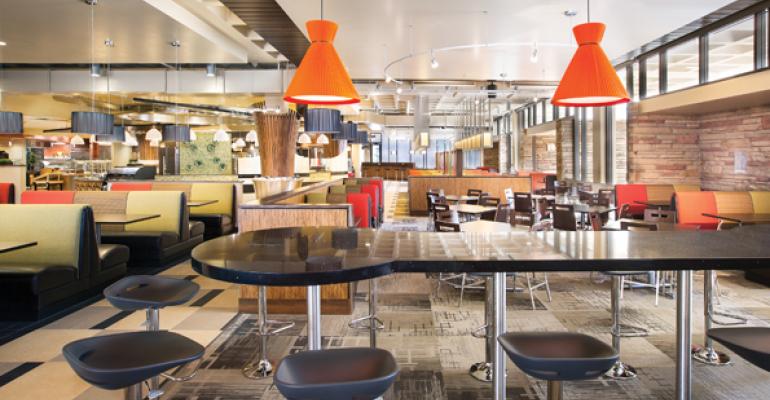 Venue more than triples business even before its target customer base appears on campus.

Colorado State University’s Housing & Dining Services opened its newly renovated Durrell Center with the start of the school year, though the facility did have a “soft opening” over the summer catering to conference groups. With the start of the full schedule, the 40-year-old venue, which had undergone extensive renovations to transform it into a state-of-the-art hub on the north side of the Ft. Collins campus, was tripling or even quadrupling its pre-renovation numbers, says Deon Lategan, director of residential dining services.

The project was designed to accommodate a new 600-bed residential complex scheduled to open next year, which means the facility will have to go a year building business from elsewhere. So far so good.

Another goal was to produce a facility that could make students from abroad feel more comfortable by providing authentic international dishes. The new Durrell has an international station designed to “take you around the world,” Lategan says. Selections include ramen, Korean beef dishes and African stew.

The renovations included a focus on sustainability and environmentally friendly practices. Solar tubes, recycled and repurposed materials, energy-efficient lights and equipment and two food pulpers were included in the building. The school has applied for Gold LEED certification for Durrell.