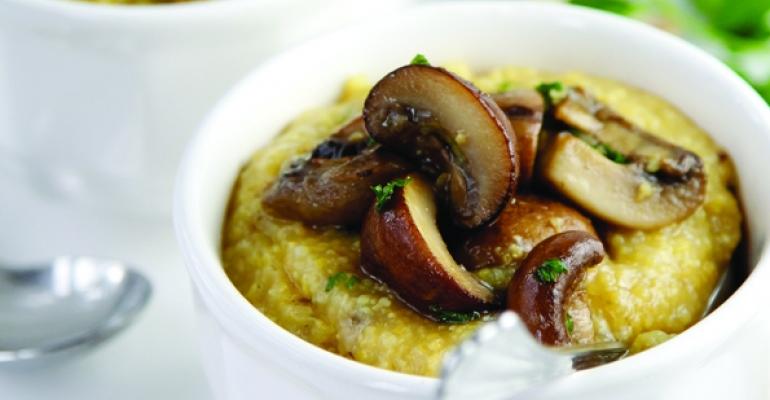 True Southern traditions have more to do with a locally sourced, plant-based diet than a bucket-of-fried-chicken one.

It can never be said that Southern food doesn’t feed the soul. However, its deliciousness is too often attributed to grease, fat and butter. Fact is, the true traditions have more to do with a locally sourced, plant-based diet than a bucket-of-fried-chicken one.

“The food traditions of the South originated in people eating what was there,” says Sara Baer-Sinnott, president of Oldways, a nutrition nonprofit. “The foods that sustained a culture include many great vegetables. Think about just putting a sweet potato into the oven, or cooking some spinach, collards, mustard or turnip greens really well, or getting protein from beans in a dish like Hoppin’ John.”

Last month, Oldways launched an African Heritage & Health week that commemorated the foods, flavors and healthy cooking techniques from the American South, among other regions.

“Slaves from Africa and the Caribbean brought plants—yams, sweet potatoes, greens and okra,” Baer-Sinnott says. “Studies show that many chronic conditions such as diabetes, heart disease and obesity, now prevalent in African American communities, appear in populations as traditional diets are left behind.”

Hugh Acheson, chef/partner of Five & Ten and The National in Athens, GA, recently wrote about this subject.

“Southern food did not make the South unhealthy, rather a broken arrow of cookery did, one that is ultra-processed, transfat laden, lard fried and massively caloric,” he wrote on a CNN blog. “That’s not how I eat and I eat Southern food pretty much every day of my life.”

Acheson posed an interesting question to fellow Southern chef Paula Deen at an event in Austin: “Do you think that Southern food has had a start and a finish or do you think it’s something that continues to evolve?”

Voting for the evolution theory, Acheson cited a dish at his restaurant, Carolina Middlin’ Rice Grits with Kimchi, Pork Belly and Pickled Radish, which pays homage to Carolina Gold Rice (a staple of the Gullah population), while at the same time embracing the current trend of using Korean ingredients.

Onsite chefs are finding, too, that it’s worth it to take another look at some tried-and-true Southern stews, greens, rice-and-bean dishes and seafood, too.

“There are a lot of vegetables being cooked in the South—we don’t exist entirely on barbecue (most days),” says Bill Claypool, CEC, with a laugh. Claypool, assistant director and executive chef, Vanderbilt University, Nashville, TN, cites an abundance of vegetables. “I was brought up in a farm family and what I saw was one meat dish with a meal, but then five or six vegetable dishes.”

“Southern food stems from the rural food economy,” Claypool continues. “The food is known for being heavy because people were working the land. Now, most of us are sitting behind desks at computers all day—you don’t need that many calories.”

His solution is a sensible one: “There’s a lot of interest in ‘cleaned up’ or ‘lightened up’ Southern dishes, but I think people should think about portion control. Go ahead and roast a pork loin, but don’t eat 12 oz. of it twice a day and expect your cardiologist to not chase you down the street.”
Favorites at Vanderbilt include chicken and dumplings, candied yams, lima beans, BBQ pork ribs, hominy and more.

Miles away from the Mason-Dixon line, black-eyed peas become part of a popular Southern-influenced soup at the University of British Columbia in Vancouver, Canada.

He also offers succotash that features edamame, corn and red pepper with a kick of garlic and cilantro.

Instead, “we marinate the chicken breast in a mixture of buttermilk and spices,” he says, “and that’s enough to coat the chicken for the breading.” This could be oven-baked, but when it is fried, trans-fat free oil is the way to go.

Onsite chefs must walk the line between providing comfort and healthier options, especially in one of the country’s best heart hospitals, Providence Hospital in Columbia, SC.

“I want someone who is here to visit a loved one enjoy comfort food,” says Brandon Carn, executive chef and production manager, Metz Culinary Management. Carn grew up near Beaufort, and Low Country favorites like shrimp and grits show up often in Carn’s cooking.

However, given the setting, he obviously must develop many recipes that are heart healthy.

Carn works with dietitians for lower-sodium and lower-cholesterol dishes, and the hospital has achieved the Golden Apple status for healthy food. Recently, he was tasked with making a meal for a heart attack survivors group and went with a simple pot roast surrounded with plenty of vegetables. Comfort food at its best.