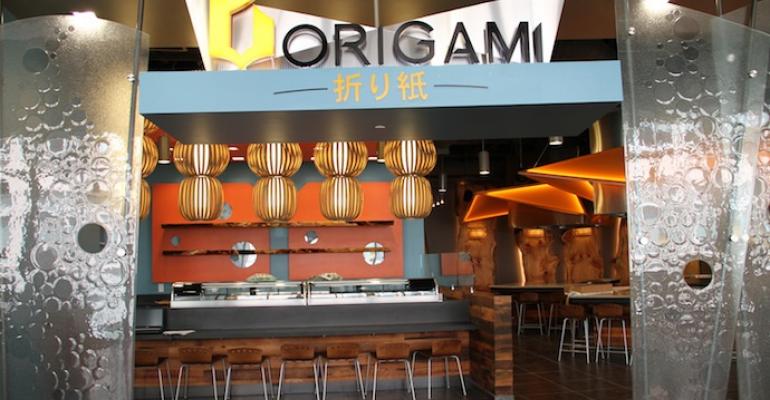 The new Turner Place dining center at Lavery Hall opened at the end of August on the campus of Virginia Tech University and, if initial counts are to be believed, it has proved a hit.

The new Turner Place dining center at Lavery Hall opened at the end of August on the campus of Virginia Tech University and, if initial counts are to be believed, it has proved a hit. The venue averaged around 9,500 customers a day, and nudged over 10,000 on a couple occasions, during its first couple weeks of operation, says Virginia Tech Dining Services Director Ted Faulkner.

“We were anticipating between eight and ten thousand a day, so that’s in line with those expectations,” Faulkner adds. He says the venue’s two national branded outlets—Qdoba Mexican Grill and Bruegger’s Bagels—both set opening day records for those chains, while among the self-branded concepts, the 1872 Fire Grill, which offers meats and vegetables grilled on a chargrill fueled entirely by wood, proved to be especially popular.

Turner Place’s debut coincided with the closing of another dining venue, but that had been averaging only about a thousand customers a day. Turner has pulled business from other still-operating locations but, overall, customer counts are up from around 3,400 a day last year to 3,800 to 3,900 in the early going.

The department also sold an additional 570 meal plans compared to last year and now boasts a total of around 19,000. That includes 9,700 off-campus plans, which are all voluntary and which probably demonstrates even more strongly than the department's annual placement in the Top Three of the Princeton Review Best Campus Food rankings (it was No. 2 this year) the popularity of the campus dining service.

Turner Place is located on the academic side of the Virginia Tech campus, but sales have been strong even for dinner, Falkner says. In addition, that location has achieved one of its ancillary goals of pulling more business from the staff and faculty who spend the day in that area of campus.

“This means there are more teachers and staffers sitting down and eating with students, which helps promote closeness in the campus community,” Faulkner offers.