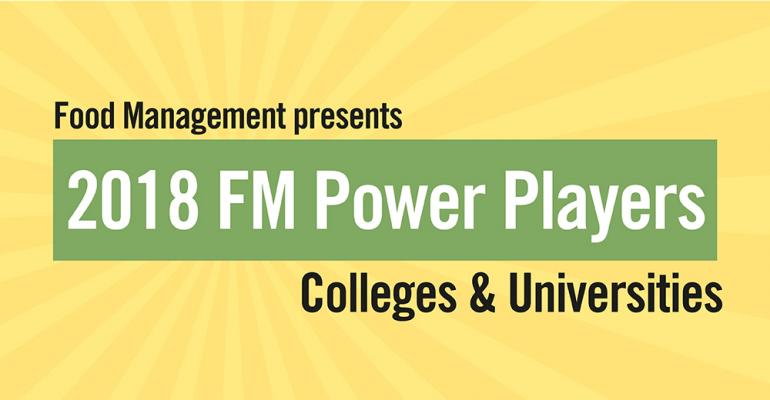 Start Slideshow ›
Here are the 25 college dining programs with the highest number of meal plans sold.

The extent of a college dining program can be measured in a number of ways. Four years ago, when we published our initial College Power Players listing, we ranked the programs by the number of students living on campus, as resident populations have a significant effect on the scope of a campus dining program because those students are technically around as potential customers 24/7.

This time, we decided on a different metric—the number of meal plans sold—as meal plan participation is the traditional bedrock of college dining programs. Comparison with the previous listing shows that many of the same schools are on both, which is as good a way to identify the major players in college dining as any.

In addition to the meal plan participation number, in each entry we have provided several other data points, from enrollment figures and meal plan cost ranges to number of dining outlets. A short narrative accompanying each entry details some of the program’s recent initiatives.

While this listing is confined to the 25 colleges with the highest number of meal plans sold, we plan in the near future to complement it with a second College Power Players package providing this same kind of data for a couple dozen other programs that didn’t make this list.