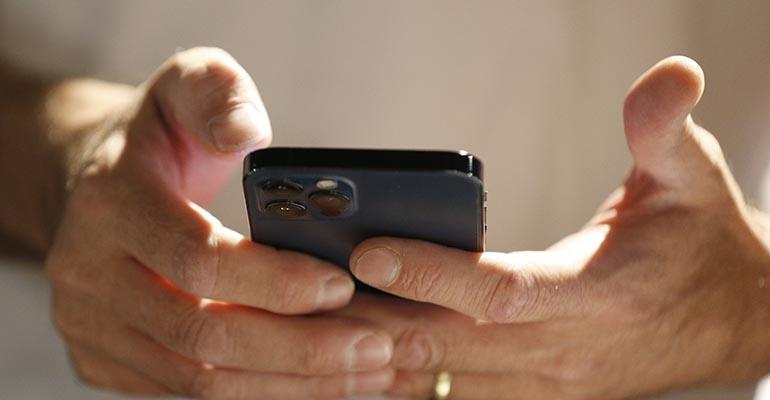 5 tech things: App looks to predict when meal swipes will run out

This and another app that lets students monitor dining hall occupancy are some of the tech-related developments you may have missed recently.

Student software development organization Penn Labs has added a Dining Analytics feature to its popular Penn Mobile app that aims to predict when a University of Pennsylvania student will run out of meal swipes or Dining Dollars. When accessed through the Dining tab of the Penn Mobile app, the Analytics page displays a graph of previous swipe and Dining Dollar usage along with a line predicting when the student will run out based on their current behavior.

Vanderbilt University has implemented Occuspace technology on campus that allows students to check the occupancy of select dining halls and study spaces through the dining website or Waitz app. The live data feature of the application shows the current occupancy, predictions of occupancy for an hour in the future and peak hours with comparisons to the previous week. Along with the percentages, each space is categorized as “not busy,” “busy” or “very busy.”

Kendal at Lexington in Virginia is the latest senior living community to test using robots to help with its dining services. Its Servi robot named “Alfredo” is a three-tier food runner with a weight limit of 66 pounds and a battery life of up to 12 hours that can help with food delivery and bussing tables.

Chipotle Mexican Grill has announced that it will test "Chippy," an autonomous kitchen assistant made by Miso Robotics, next month in a restaurant in Fountain Valley, Calif. after it has already tested the robot's ability to make and season its tortilla chips with salt and lime at its headquarters' innovation hub in Irvine, Calif. Currently, workers at Chipotle restaurants manually fry and season the chips, which can be time consuming and increasingly expensive given recent moves in California that could result in a $22/hour minimum wage for fast food restaurant workers.

Like NFL fans at Lambeau Field in Green Bay, fans of Major League Baseball's St. Louis Cardinals recently found themselves charged multiple times for the same purchase when they used FredomPay credit card readers to buy food and beverages at Busch Stadium, with one fan claiming that he was charged 20 times for the same bottled water purchase. “We have identified and addressed the technical issue and are working tirelessly to clear and remove duplicate charges from the impacted customers’ accounts,” FreedomPay President Chris Kronenthal responded in a statement addressing the issue.