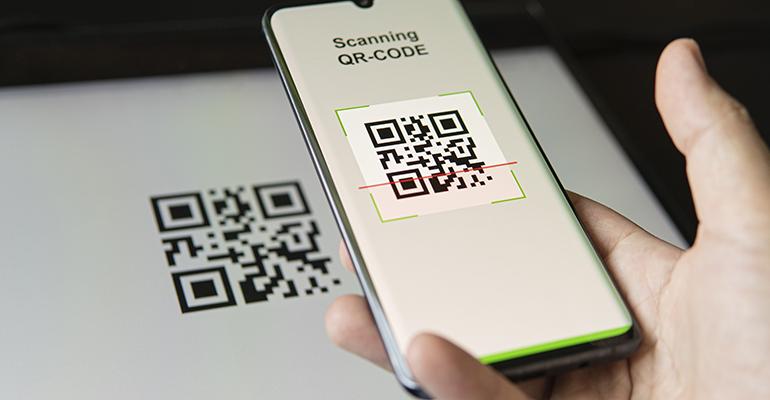 Diy13 / iStock / Getty Images Plus
Digital Seat Media has added more than 61,000 metal seat tags with inclusive QR codes to the University of Missouri’s football stadium that allow spectators to scan the codes and get real-time access to services.
News & Trends>Colleges & Universities

This and Chicago giving the go-ahead to piloting robot food deliveries are some of the tech-related developments you may have missed recently.

Digital Seat Media has added more than 61,000 metal seat tags with inclusive QR codes to the University of Missouri’s football stadium that allow spectators to scan the codes and get real-time access to services like in-seat food and merchandise ordering as well as stats, fan polls and interactive mobile games. Just three weeks prior, the school had unveiled automated food lockers in partnership with its vendor Levy Restaurants, reportedly becoming the first college stadium to deploy self-serve technology that lets fans order concessions through an automated kiosk or an app that is now expected to be integrated through the QR codes.

Chicago Mayor Lori E. Lightfoot has announced City Council approval to allow a Personal Delivery Device (PDD) pilot program to operate under the City’s Emerging Business Permit. Under the pilot program, PDD companies will partner with local food establishments as a courier service to deliver food orders to customers using small robots traveling on sidewalks and in crosswalks. The robot delivery services are app-based and partner with food establishments to make deliveries within a small radius of the restaurants and grocery stores.

Charleys Philly Steaks, the largest cheesesteak franchise in the world, has a partnership with high tech food delivery firm Flytrex to deliver freshly-made grilled cheesesteaks via drone in Durham, N.C. Orders from Charleys are placed using the Flytrex app and delivered via the skies to front and backyards of residents with an average flight time of just three minutes.

Stanford engineering professors and students have developed a clean fertilizer system by mimicking the method by which plants are naturally fertilized: lightning. The fertilizer system, developed by the Stanford Plasma Physics Lab, is an environmentally safe and affordable alternative to conventional fertilizers that can reduce fertilizers’ contribution to greenhouse gases and address fertilizer shortages.

An unmanned food delivery vehicle (i.e., a drone) operated by Wing recently landed on power lines in Brisbane in Australia and fried itself with 11,000 volts of electricity while also causing more than 2,000 homes and businesses to briefly go dark. “We didn’t actually have to get the drone off, as such, it actually caught fire and incinerated itself,” explained Danny Donald, a spokesperson from utility provider Energex. "The drone fell to the ground, where utility workers found it. The meal was still hot inside the drone’s delivery box when the crew got there.”

Bonus: School’s lunchtime queues thing of the past thanks to pre-order