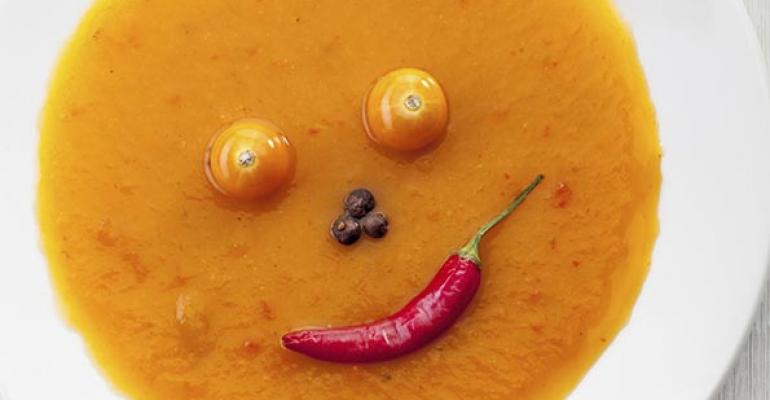 This and more are the things you missed for the week of Aug. 24.

1.    75 best college for food
The Daily Meal has once again released its best colleges for food list. Now in its fourth year, 75 colleges make the list, which is based on the criteria of nutrition and sustainability, accessibility and service, education and events, the surrounding area and the “X” factor. The top five are: Bowdoin College, Columbia University, John Hopkins University, Kennesaw State University and Duke University.

2.    Produce at schools finding its way into trashcans, study finds
While more students are taking fruits and veggies at lunch, those items are increasingly being dumped in the trash without being eaten, according to a new study published in the Public Health Reports online. The study, while small, echoes previous ones, finding that food waste increased 56 percent.

3. 12 leaders in sustainable dining colleges
Foodtank.com has released a list of 12 college dining programs that are leading the way in sustainability. From purchasing from local sources to campus farms and organic, fair trade products, these universities are being touted for their commitment to environmental health. Half of the list is made up of colleges in the Northeast, and only one, the University of California Berkley is in a temperate climate year-round, proving you don’t have to be in the SoCal growing epicenter to have a sustainable food program.

4.    Airport’s new “Happy Meals”
Flying, for most, has lost the glamour it once had decades ago. From TSA checks to long lines and screaming children, traveling can be a nightmare at times. But at London’s Gatwick Airport, a new program is putting the happy back in happy meals. “There are certain foods that will help the 'happy' chemicals in your brain to keep flowing. Two key players are the neurotransmitters serotonin and dopamine, along with amino acids tryptophan and theanine, which can contribute to the creation of serotonin, known to most as 'happy hormones,’” said nutritionist Jo Travers in an interview with CNN. Travers said the program, which debuts in a month, sees airport restaurants menuing items that contain these “happy” chemicals, such as a salmon citrus salad that claims to improve brain function.

5.    Cutting out the middleman
In a trend I see growing in the past couple of years, particularly at B&I campuses, two startups are partnering to provide an alternative foodservice at job sites that cuts out the need for full-time labor. Instead of a full-blown employee cafeteria, the two companies, LeanBox and Hydration Labs, maker of water cooler named Bevi, provide  “what used to be a requirement for a big, bulky corporate food service cafeteria and shrink it down to about 8-feet wide," said LeanBox co-founder Shea Coakley in an article on bizjournals.com. The combination of LeanBox’s vending machine and Bevi has been installed in about seven Boston-area businesses.

Bonus: Egg production recovery may take up to 18 months