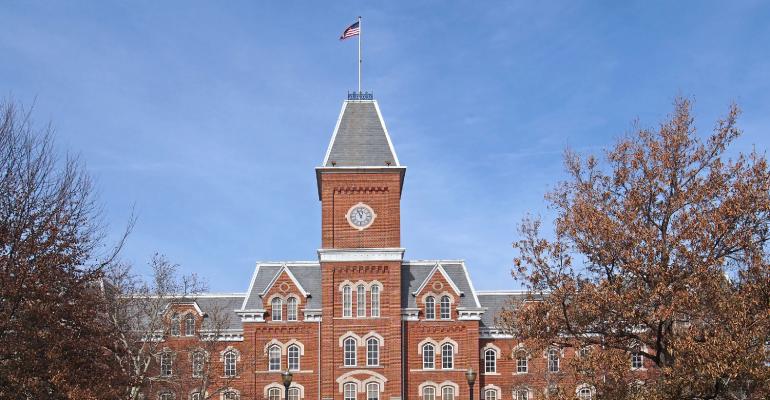 This and the death of Sodexo founder Pierre Bellon are some of the stories you may have missed recently.

Dining facilities at Ohio State University will return to full capacity, per a recent campus-wide email from the university’s Office of Student Life, one of a number of recent similar announcements at major universities—including Ivy League campuses Princeton, Yale and Harvard—that signal a slow return to the dining policies of last fall, before the Omicron Variant surge affected the start of spring term on many campuses. Harvard Dining's reopening came with socially distanced seating while Yale allowed for the reopening of all 14 residential college dining halls on Friday, Jan. 28 for grab and go service followed by a transition to in-person dining on Monday, Jan. 31, and Princeton Dining announced that it is resuming in-person dining services on Monday, Jan. 31, replacing the “grab-and-go” rules that had been in place since Jan. 9, although take-out options will continue to be available.

Cornell University Dining opened its newest dining facility, the 11-food-platform Morrison Dining Hall, on Jan. 18, although it is only offering takeout in the early going due to the campus’s COVID-19 safety measures. The food platforms are divided into different sections, including a salad bar and Kosher, Halal, grill, pasta, pizza and dessert stations, with each offering a variety of food options and unique, thematic decor.

Pierre Bellon, who founded Sodexo in Paris in 1966 and nurtured its growth into the second largest global foodservice contract management firm, with presence in 56 countries, as well as the second largest in North America, passed away Jan. 31 at the age of 92. He had retired as company CEO in 2005 but continued to serve as Chairman of the Board of Directors until January 2016, when he was succeeded by his daughter Sophie.

Bellon began his career in his father's maritime supply company in his hometown of Marseilles, then went on to introduce corporate catering with his Repas Service meal delivery business in 1962 and broader foodservice with the launch of Sodexo four years later. The company entered the North American market with a series of acquisitions culminated by its joint venture (1998) and subsequent merger (2001) with Marriott Management Services.

In addition to hampering meal preparation and serving, short-staffing has led to disciplinary issues in some schools, prompting one—Congress Middle School in Florida—to temporarily close its cafeteria to eighth-grade students in an attempt to curb what educators described as a rash of fighting and unruly behavior on campus. “After several unsafe issues with Grade 8 lunches the past couple of days, I have decided to have Grade 8 students eat in their classrooms for the rest of the week,” Principal Denise O’Connor wrote in an email to the school community.

In a situation reflected in many other states and localities, hospitals across Missouri are asking staff members and administrators to take on additional duties to help deal with the current surge in COVID-19 patients. “Hospital administrators are pushing wheelchairs, accountants are emptying trash cans and marketing professionals are serving meals—whatever it takes to make sure that our co-workers who provide hands-on patient care are able to focus on their patients,” said Steve Mackin, incoming president at Mercy Hospital in Kansas City.

Bonus: Viewpoint: School nutrition director on why foodservice pros should learn about the red meat allergy aka Alpha Gal Syndrome, sooner rather than later