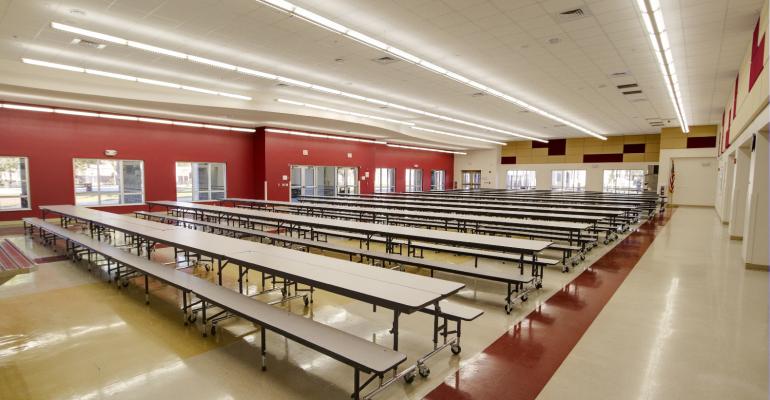 This and a school district telling staff to toss botched meals rather than serve them are some of the stories you may have missed recently.

An email sent to Michigan State University deans, directors and chairs from Vennie Gore, senior vice president for residential & hospitality services/auxiliary enterprises, invited faculty and staff to volunteer without extra pay in the dining halls. “As you know, like other schools and universities across the country, Culinary Services is experiencing severe staffing shortages,” Gore wrote. “Many businesses in the local area and around the country are hiring, and we are all competing for the same available talent." To mitigate the shortage, Residential and Hospitality Services has also asked 132 full-time department employees to work eight hours a week in the dining halls and has cut dinner and weekend hours at some residences, closing some halls to the general public and shuttering others completely.

Following the posting online of a series of photos of less than appetizing meals served in its lunchrooms, the Paterson city school district in New Jersey has told its 190 cafeteria workers that if they overcook a meal or botch a recipe, they should “Throw it away. Don’t serve it,” said Superintendent Eileen Shafer during a recent board of education meeting. Her six-step plan to fix the district’s lunch problems also includes having every cafeteria worker undergo retraining while school principals monitor the food served on lunch trays, conducting a review of the food procurement process, initiating student surveys about their lunch preferences and creating a new advisory committee to develop menus and “ensure that meals are presented in an eye-appealing manner,” she added.

Read more: 'Throw it away. Don’t serve it': Botched Paterson school lunches to be thrown away

Kent State University (KSU) lost nearly $28.1 million in refunds and lost revenues for student housing and dining through June 30 this year because of pandemic-related closures and restrictions, KSU President Todd Diacon indicated in a financial update email recently sent to the KSU community. Diacon, who began sharing university financial updates two years ago in an effort to create more transparency, also reported that Kent Campus auxiliaries, which operates University Culinary Services and the Department of Intercollegiate Athletics, saw a decrease of nearly $7.6 million in revenue for fiscal year 2021 from its budgeted $47.3 million. “The primary drivers of this revenue shortfall were University Housing...and University Culinary Services...with budgeted occupancy of 72% for the year, while actual occupancy was 62% in the fall and 48% in the spring,” the release stated.

The Owners of the Omnicare Center and the neighboring Atrium Two building—two of downtown Cincinnati’s largest office buildings—are planning to renovate the lobby of the buildings to include a large food market designed to make them more attractive to workers as they return to the office. The market, to be operated by FM Top 50 contract firm Parkhurst Dining, is expected to be open in June 2022.

Eating hospital meals in Belgium results in a measurable decline in health, according to a report from the Flemish television network VTM, which conducted a study where half of participants were given freshly prepared meals and the other half hospital food. The ten people who had eaten the hospital food suffered from reduced appetite and listlessness after just two weeks while losing an average of 1.5 kg, most of which was muscle mass, and their iron levels dropped dramatically, so much so that had they continued to eat hospital food for six weeks, it could have resulted in anemia, the study contends.