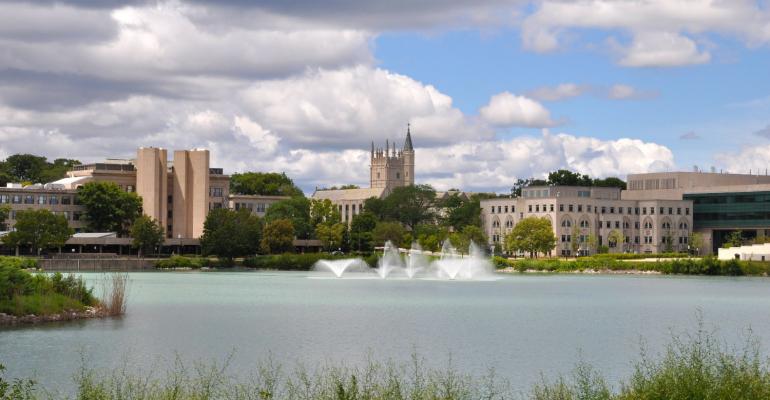 This and a major school district announcing universal free lunch through 2025 are some of the stories you may have missed recently.

Dining and service workers at Northwestern University have reached a tentative agreement for a new contract with Compass Group, the school’s food service provider. More details will be released when workers vote to ratify the contract, according to Union Organizer Dan Abraham, but the union had been seeking guaranteed health insurance coverage and a wage increase to $19.88 per hour.

Meanwhile, at nearby DePaul University, dining employees are also trying to establish a $19.88 minimum hourly pay for all workers and consistent insurance coverage, but negotiations with Compass and its Chartwells unit have been stalled. Two weeks ago, 92% of DePaul Chartwells employees voted to authorize a strike if their demands are not met.

The Clark County School District in Nevada, which includes Las Vegas and is one of the largest public school districts in the country, has announced that it will offer free lunches to all students through 2025. While the federal government has announced free lunches this school year for all students because of the COVID pandemic, permanent universal free lunch has yet to be enacted at the federal level, but a number of states such as Maine and California have announced plans to extend the program.

A snafu in how and where unlimited meal exchange swipes can be used in dining locations at Cal Poly Pomona has caused controversy when Cal Poly Pomona’s Foundation Dining Services began to enforce the originally intended limits on the meal swipes, generating a Change.org petition to reverse the policy that has since garnered more than 900 signatures. According to Dining Services Director Aaron Neilson, unlimited meal exchanges were originally only to be used at the Vista Market outlet and only available for students on the Suite Flex plans, but they were kept open for more retail locations due to the unpredictability of COVID-19. Meanwhile, human error with the cashiering system extended the unlimited meal exchanges to all unlimited meal plan holders, whose plans were intended only to be used at the Centerpointe Dining Commons.

With the vast majority of U.S. students returning to in-person classrooms, 180 of the largest 500 U.S. school districts have enacted requirements for their staff to be vaccinated against COVID-19, according to an analysis by research firm Burbio, which has tracked school safety policies through the pandemic. Policies vary widely, however, with some like Philadelphia acknowledging that unvaccinated teachers will not lose their jobs, though they will be subject to twice-weekly testing, while others like New York City impose stricter sanctions such as barring unvaccinated teachers from entering school buildings and putting them on unpaid leave until they get the shot. It's unclear from the published results of the study how many of the districts extend the mandates to non-teaching staff such as cafeteria workers.

The University of Texas at Austin will return to charging an extra $7.50 fee when students with unlimited meal plans use the Eco2Go program to take food to-go from dining halls using a reusable container that can be returned for a new container or a coin to use to redeem for a container. The Eco2Go fee was suspended last year and the program opened this year with temporary accommodations, says Senior Director of Dining & Catering Erich Geiger, but now the campus is transitioning toward normal campus operations, which includes reinstating the to-go fee.