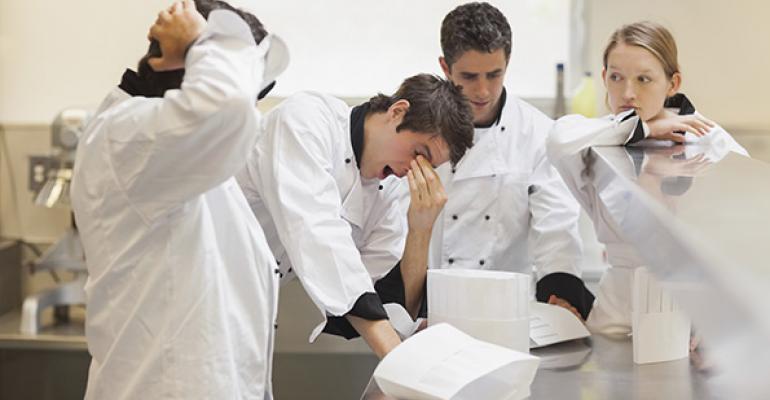 This and more are the things you missed for the week of Aug. 17.

1.    Court: Muslim, Jewish students not guaranteed non-pork school meals
A French court ruled in favor of allowing schools to not offer non-pork meal alternatives to Jewish and Muslim students. The Muslim Defense League filed the case against the mayor of Chalon-Sur-Saone, Giles Platret, after he announced in March that students would no longer be guaranteed a non-pork option at lunch, something France has been doing in public schools since 1984. “Platret argued that 40 percent of the students in his district do not eat any meat at all, since it's not halal, or prepared in accordance with Sharia law, and said the town has compensated by serving additional vegetables in the school cafeterias,” according to an article in the International Business Times.
Some districts in the US are doing the opposite, however, and embracing religious-based meals.

Read more: College students move off campus as room and board costs rise

3. School foodservice departments need help, survey says
In a new survey that should surprise no one, school foodservice employees need training. According to the study by the Pew Charitable Trust and the Robert Wood Johnson Foundation, 58 percent of respondents said cooks and front-line servers needed training on basic cooking skills. And 68 percent said directors needed training in developing or modifying menus to meet new standards as required by the Healthy, Hunger-Free Kids Act. The study had 3,372 respondents.

This isn’t the first survey that shows child nutrition employees need help with training. And with the USDA’s new professional standards going into effect this year, foodservice workers will require continuing education. The Pew Charitable and Robert Wood survey, however, find that doing training is easier said than done, with only 37 percent of respondents saying their district had a budget for professional development.

4.    College students turn unused dining dollars into good cause
At the end of the college semester, students rush to use up any dining dollars and meals they have left. This use-it-or-lose-it stake meant some students were using their cash accounts to order in bulk at the c-store at Lawrence University in Appleton, Wis. That practice caused a headache for the dining department, however, which had to end the bulk-ordering practice.

Instead, some colleges are allowing students to donate their unused meals and dollars and the latest to jump on board is Luther College in Iowa. What makes this account interesting is a student-led initiative helped to pair the college’s dining services with a local food pantry to allow students to donate their unused money, which dining services then uses to purchase needed items for the food pantry.

The study’s author, Jessica Carson, had this to say about the disparity: “In rural places in particular, where schools may be smaller and communities may be closer-knit, participation in the school meals program may be associated with more stigma than in other types of schools—a small town ‘everyone-knows-everything-about-everyone’ kind of scenario.”