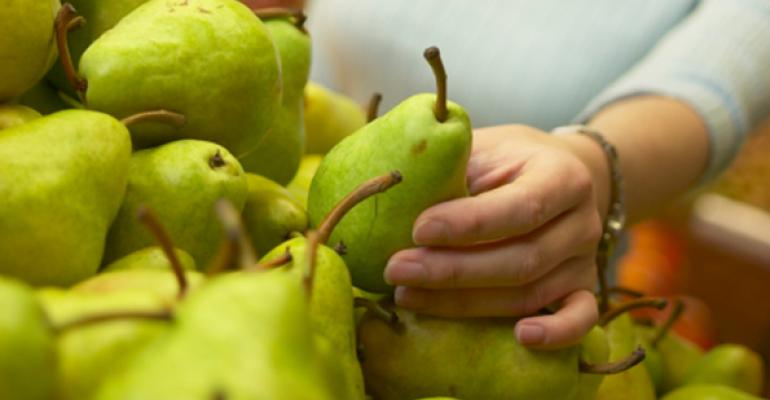 This and more are the things you missed for the week of Jan. 18.

1.    School workers fired for taking home leftovers
Two cafeteria workers were fired last weekfrom the Ector County Independent School District in Texas after Facebook photos sent to the district showed the two women taking home fruit from the school meal program. The school’s policy requires leftover fruit to be thrown out. The district’s director of communication told mysanantonio.com that the two women violated a code of ethics they signed, which forbids workers from taking home food. The district’s director of nutrition told the paper that the fruit in question was pears students had taken but not eaten. The pears were put on a sharing table. The nutrition director said, ““We are not legally allowed to take these foods back into our inventory, and they must be discarded.”

2.    More water at lunch could be the answer to childhood obesity, finds study
Want to cut childhood obesity? Give kids more access to water at school lunch, says a new study published in JAMA Pediatrics. The study found that making water available through self-serve dispensers in school cafeterias resulted in weight loss. NYC schools, where the study was conducted, installed water jets and plastic disposable cups for students; the district received grant money from the Centers for Disease Control and Prevention. Researchers compared the BMI of students before the water jets were installed and after and found that in both boys and girls their BMIs dropped—.025 for boys and .022 for girls. This is good news for those following the Healthy, Hunger-Free Kids Act, which required access to drinking water (the way in which the water is made available is not specified) in school cafeterias.

3.    Sugar-sweetened beverages to be taxed in the UK
The dining environment in hospitals should be conducive to healthy eating, goes the popular sentiment that is helping to makeover many hospital dining programs. Many hospitals in the US are creating healthier menus, starting healthy cooking demos and closing fast food locations. Hospitals in the UK are also getting involved. According to The Guardian, the National Health Service (NHS) plans to implement a sugar tax on those beverages and foods sold in UK hospitals that have added sugars (the article doesn’t explain how the NHS will determine which products to tax). The NHS hasn’t determined the percentage of the tax, but some advocacy groups are calling for as high as 20 percent.

4. Tennessee starts meal-sharing program for students in need
There’s been a lot of news lately about college students needing help financially and how that has affected their food security. Many colleges have started some kind of food pantry program on campus. At the University of Tennessee, a new program has been launched that helps students help their fellow classmates by donating unused guest meals. There’s also a function that allows anyone to donate funds for needy students. The program is called the Big Orange Meal Share. Students apply for the shared meals through the office of the dean of students.

5.  Latino students have less access to healthy food options in and near schools, study finds
A newly released study by Salud America! found that children in high-density Latino neighborhoods have greater access to unhealthy food options in cafeteria vending machines or within a few blocks of their schools than children in low-density Latino neighborhoods. The study found that despite regulations on snacks in school vending machines as put forth under the Healthy, Hunger-Free Kids Act, schools with a majority of Latino students have "weaker policies on school snacks and drinks than white-majority schools,” according to an article on NBCnews.com.