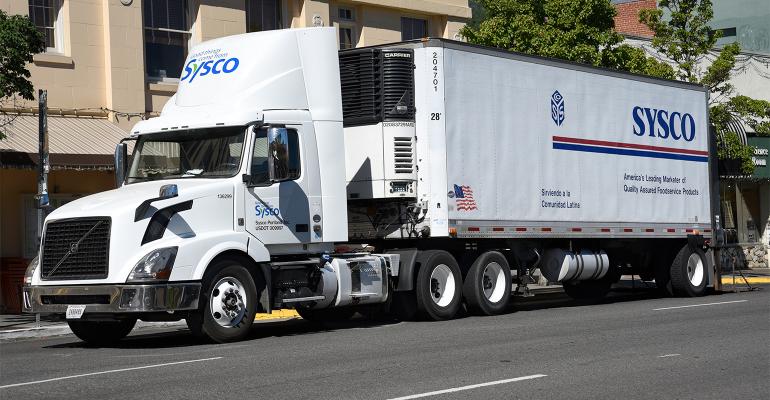 This and how a slow hiring process is hampering dining hall staffing at Michigan State are some of the stories you may have missed recently.

Driver strikes are hitting more Sysco distribution centers, hampering deliveries to customers like schools and hospitals. The latest broke out recently in New England, where the union that represents the drivers says 300 employees have walked off the job at the company's warehouse in Plympton in Massachusetts. This follows previous actions at Sysco warehouses in Upstate New York and Arizona. Sysco says it's brought in third-party replacement drivers and is operating a 24/7 will call operation for customers.

The nine dining halls spread across the Michigan State University (MSU) campus traditionally employed around 1,500 students but this month it’s only about 500 as hiring has been slowed by a time-consuming, manual HR process and unresponsive applicants, according to Student Life & Engagement Chief Communications Officer Kat Cooper. “It takes three weeks to hire a student team member," Cooper said. "It takes us six weeks to hire an on-call and full-time team members at the university take even longer to hire," even as nearby restaurants say that their applicants can expect about a one week wait between applying and beginning their first shift. Since Aug. 1, the MSU Culinary Services Dept. had received 984 applications of which 351 have been contacted for interviews or background checks but have not responded. Since they began reviewing the new applications, MSU has hired 379 new employees.

A lawsuit claiming a move by the Hilton County Schools in Alabama to recoup purportedly excess wages paid to service staff amounts to an "illegal act" cleared its first hurdle when Judge Sibley Reynolds rejected Hilton County Schools Superintendent Jason Griffin’s motion to dismiss the suit filed by two district employees. Christie Payne, a lunchroom manager at Verbena High School, was told she owes $23,465.40, dating back to the 2016-2017 school year while Shellie Smith, who is married to a school board member and a district employee for 19 years, received a letter demanding she repay over $33,000 it said she was overcompensated as a result of repeated payroll errors. While Payne and Smith are the only employees named in the lawsuit, other employees say they also received similar letters from the school system.

Read more: ‘The superintendent is not king’: Judge will allow lawsuit by Chilton County school employees to move forward

In an effort to help staff post-Hurricane Ian, NCH Healthcare System in Naples, Fla. attained a thousand gallons of gas from food services and facilities management company Sodexo for employees working the weekend of Oct. 1. The gas was distributed to employees between 5 and 8:30 p.m. on Oct. 1 at the NCH Business Center in North Naples.