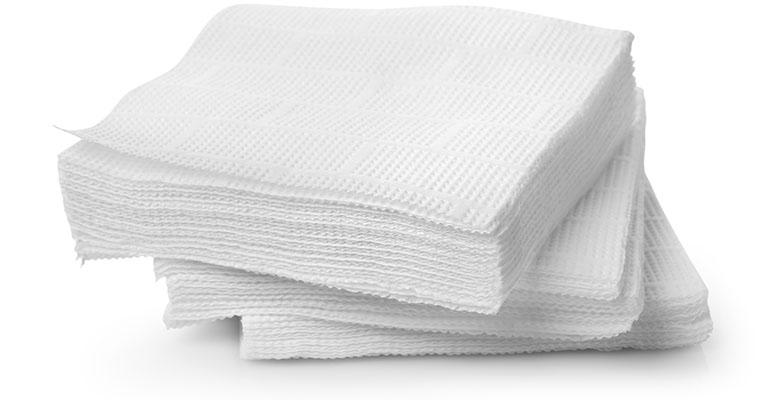 This and more are the things you missed for the week of Nov. 23.

1.    UConn saves $20,000 in napkins
As operations look to be more sustainable, UConn decided to make a switch to the way napkins were distributed in its dining halls. After moving napkins from tabletop dispensers to wall-mounted ones, more than 2.3 million fewer napkins were used, amounting to nearly $20,000 in savings for dining services. It’s easier—and sexier—to show students plate waste studies of the amount of wasted food, but it’s more difficult to make them cognizant of the little things—like napkins—that wind up in the waste stream. It seems UConn has found a way to deter some of that extra napkin grabbing by moving the dispensers off the tables.

2.    Boston Medical Center pantry feeds needy
The holidays often bring about stories of those less fortunate in our communities. Food and shelter become vitally important as the weather turns cold, and that’s where noncommercial operators step up. Boston Medical Center’s Preventive Food Pantry offers free food for patients who have been referred by a healthcare professional as needing help with food insecurity. The pantry opened in 2001, and started after hearing from frustrated dietitians who said their patients didn’t have the food needed to help prevent medical conditions that brought them, or their families, to the hospital in the first place. Boston isn’t the only hospital to employ a program like this. The Food Pantry at Hennepin County Medical Center is another shining star.

After a hard day at work, people often like to vent about it to their friends and family. And that also means putting up grumblings on social media. Many companies, including foodservice establishments, require employees to sign an agreement saying they will not disparage their place of work, including on social media. When workers’ complaints appeared on sites like Facebook, those employees were fired. But a new court ruling would put an end to that practice. The case, Three D, LLC d/b/a/ Triple Play Sports Bar and Grille v. National Labor Relations Board, “addressed the termination of two Triple Play employees,” according to a Restaurant Hospitality article. “One had written a Facebook post disparaging the manner in which the restaurant handled its income tax withholding. The other had merely ‘liked’ the original post. The NLRB’s argument that both employees were protected under the National Labor Relations Act prevailed.”

4. After “allowance” dried up, hospital employee works the system

James Reyes, a food and nutrition manager at Carson Tahoe Regional Medical Center in Nevada, was arrested and fired after he was found stealing from the hospital, according to a story on kolotv.com. After his parents stopped giving him “an allowance of at least $5,000 a month,” he fabricated a dozen invoices totaling nearly $20,000 to a company the hospital doesn’t have a contract with, according to the article. Reyes’ salary was $74,000 a year, according to the article.

5. Is coffee the answer to a long life?
Your morning cup of Joe might help you live a longer life, according to a new study published in the journal Circulation. The study found that regular coffee drinkers (those who drink less than five cups per day) had a lower risk of dying young from a number of causes including heart disease, diabetes, brain conditions and suicide. “The findings only show a link, and cannot confirm that coffee is directly responsible for the reduced risk of death from these causes, but the scientists report that the many compounds in coffee are known to help lower insulin resistance or inflammation, which could result in better health,” according to an article in Time.

Read more: How Coffee Can Help You Live Longer