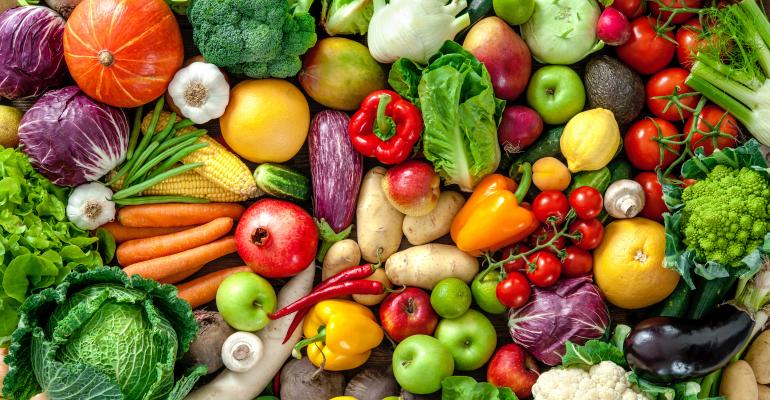 Terra Verde has so far doubled sales in a space that previously held a more generic healthy food station by focusing in on totally meatless offerings.

At the beginning of this school year, the dining department at Appalachian State University in North Carolina made a daring move with a dining space that focused specifically on menuing healthy fare. Instead of broadening its offerings to some less healthy alternatives, the department went in the other direction and made the station a totally vegan one.

So far, the move has been a resounding success as the station, christened Terra Verde (“green Earth”) is now generating double the sales of its predecessor, Healthy Select, which had menued vegan and vegetarian fare alongside other dishes that did contain animal proteins but which were still deemed healthy.

“This is basically student-driven,” explains Pam Cline, director of dining at Appalachian State, about the rationale for converting the station to all vegan. “We listen to our students and the feedback about what our students wanted to eat [which is] things that don’t focus on meat as the center of the plate.”

“We had gotten some feedback from NACUFS saying that our vegetarian and vegan dining, although present, was not prevalent, was somewhat under the radar the way we were doing it,” adds Executive Chef Jules Bott. That led to a rethink of the Healthy Select concept and a decision to make the outlet completely vegan and make meatless dining generally much more prominent on campus as a whole.

“While we were developing the specs for Terra Verde, we also developed specs for plant-forward dining across campus that is just a little bit easier for us to, one, follow the specs, two, be proud of what we’re doing and then also make it easier for our students to find, from [both] a visual standpoint and a communications standpoint,” Bott says. 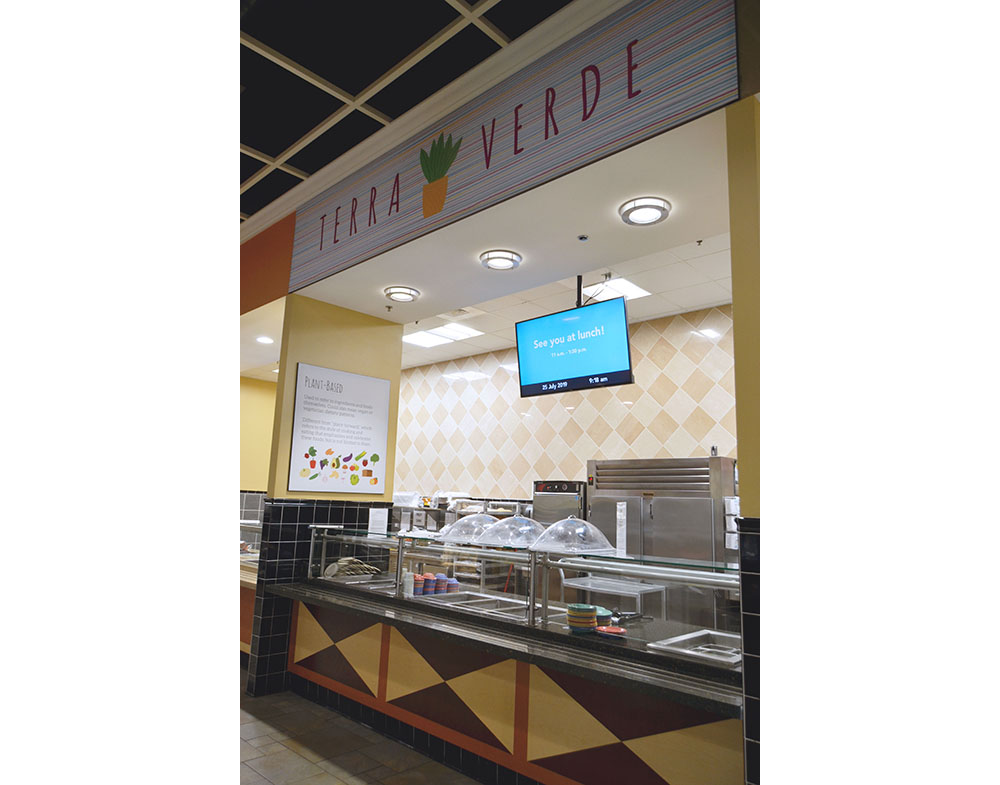 The food at Terra Verde is not just vegan, but natural, he emphasizes. “Some vegan foods are highly processed, and those are not in our specs for Terra Verde. Everything going out on the station is made in-house from whole ingredients as part of that spec.”

The menu itself is designed around a five-week rotation that changes each semester. Wednesdays always feature artisan grain bowls, which are very popular and “it’s nice to have that anchor there in the middle of the week,” Bott says. He describes the general approach as “modern American vegan dining with a lot of colors but, as it’s American, it also pulls from a lot of other nationalities that are all kind of ‘melting-potted’ together.”

He says he takes particular advantage of international cuisine traditions that are not meat-centric the way traditional American cuisine tends to be. “The old Healthy Select had a lot of meat alternatives going on where the meat base would be subbed out [of traditional American dishes] for an alternative protein or texture source, while with [Terra Verde] we build the recipes around things that are easy to make vegan and that look and taste great,” Bott explains. “We also really wanted an emphasis on ‘fresh’ because you can only eat so many soy dogs.”

The menu is a combination of pre-prepared dishes and to-order items like grain bowls and tacos, but whatever is made beforehand is displayed elegantly because, in addition to developing quality vegan recipes, particular attention was paid to presentation and merchandising of the new concept’s fare, Bott emphasizes.

Meanwhile, developing the menu “was the fun part,” he laughs, “and we’re continuing to build for the next menu cycle.” Bott, a veteran of club and resort dining, says while he’d never run an entirely vegan operation, he always tried to keep vegan options on his menus. In addition, the rest of the dining staff is tapped for recipe ideas to keep the concept refreshed.

Sourcing the natural ingredients required for Terra Verde’s menu was made easier through a relationship with Appalachian State’s Department of Sustainable Development, which operates a working farm about 15 minutes away from the campus and can easily supply the freshest possible vegetables.

Among the most popular items so far are the grain bowls, polenta cakes (see recipe here) and spinach and sweet potato enchiladas.

Located in the retail-oriented River Street café section of Roess Dining Hall next to other kiosks selling pizza, wraps and so forth, Terra Verde is open only at lunch and dinner.