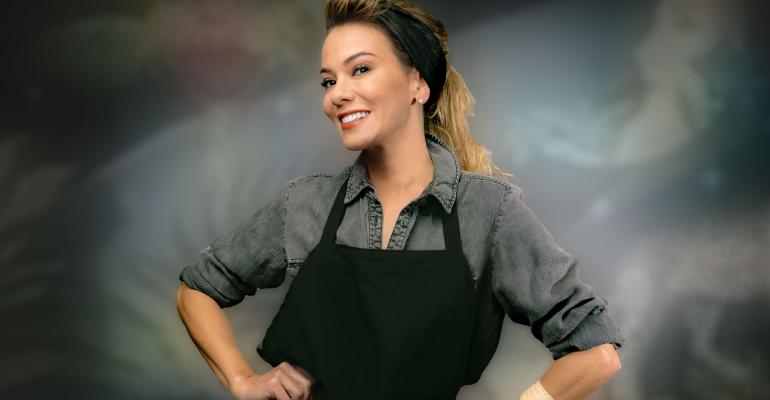 Aramark is teaming up with Chef Grace Ramirez to launch La Latina Cocina, which will bring an authentic Latin experience to its guests when it debuts at seven higher education residential dining locations at the end of Women’s History Month, running through the end of the spring semester.

Aramark says its research shows 67% of Gen Z prefers authentic, cultural cuisine and in response to that growing demand, the company’s culinary development team worked with Ramirez and chefs from its higher education field culinary team to develop a comprehensive offering that will deliver an authentic Latin experience, while also providing a variety of options, for guests.

La Latina Cocina’s menu items draw heavy inspiration from Ramirez’s La Latina cookbook while also being supported by Aramark’s existing recipe database. Students will have the option to order the items as dishes or as Build Your Own. Items planned for the La Latina Cocina menu include…

“La Latina is the name of my first cookbook, and the word ‘cocina’ means ‘kitchen’ or ‘to cook’,” notes Ramirez, who used her diverse Latin heritage as the inspiration for the cookbook that features her interpretation of traditional recipes from Latin America. “The kitchen in Latin American food and culture is the hub, the heart of the house, where the party happens, where we share with freedom and creativity, and where people gather,” she adds. “It's not only about the place, but it’s an action because La Latina Cocina means the Latin female that cooks, and it is about bringing all the flavors from Latin American culture into one concept.”

The La Latina Cocina project is also part of Aramark’s Be Well. Do Well. sustainability plan to reduce inequity, support and grow local communities, and protect the planet, and the higher education chefs collaborating its development process have each been recognized in the company’s Chef Spotlight series, which brings its diverse chefs to the forefront and showcases their stories, experiences and culinary talent throughout the year in partnership with its employee resource groups.

“Guests and clients have heightened expectations for featuring authentic foods from their community and the surrounding area,” comments Jack Donovan, president/CEO of Aramark Higher Education. “Chef Ramirez understands that food is culture and loves sharing the nourishing traditions of Latin American cuisine—its vibrancy, incredible creativity and, above all, comfort. Her unique mix of traditional flavors and adventurous spirit is what makes the La Latina Cocina concept unique. We are looking forward to delighting and engaging students nationwide with authentic Latin food.”