Classic English favorites made this a dinner to remember.

Here’s the star of the show: The English version of Hot Pockets or empanadas, meat pies are toasty and fun.

A vegan version was available, too.

This evening was in support of BU’s vibrant theater community, including the cast and crew of Sweeney Todd.

Traditional pub snacks like this will never go out of style.

Straight from the script of the musical, the character Adolfo Pirelli is a con man and rival barber of Sweeney Todd.

This alternate version of the elixir with vanilla milk, whipped cream and grenadine has a bit of bubble and trouble to it.

Also known as sausages and mashed potatoes, this British classic is up there with toad in the hole for weird names!

Finishing off the night with a sweet note—and another macabre play on words. 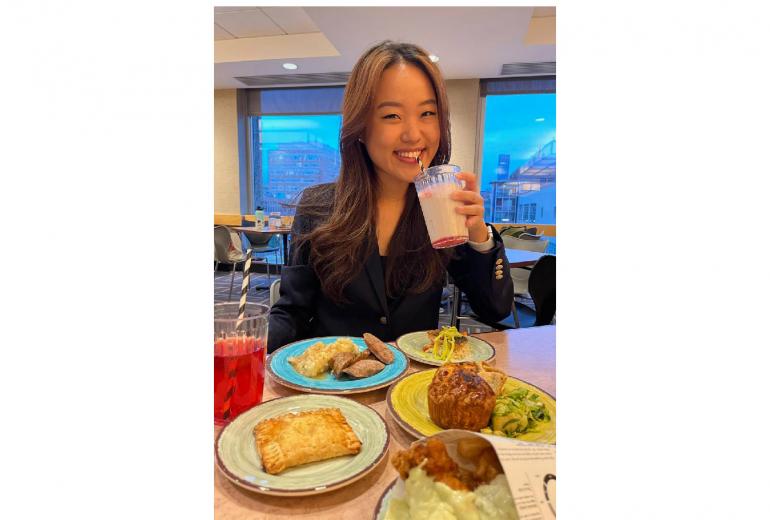