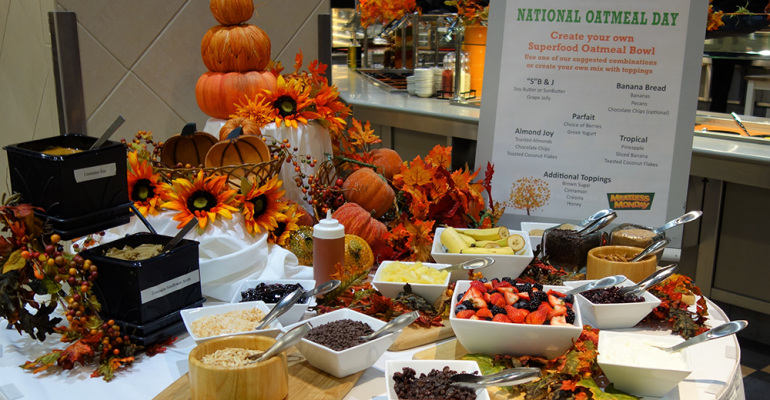 Meatless Mondays have been a thing at Hendrix College in Conway, Ark., for years, but those Mondays usually focused on plant-based lunch and dinner menus.

“Our dining hall has been working with the Monday Campaigns, creating events and ideas that encourage our students to take the day off from eating meat, but the focus has been mainly with lunch and dinner options,” says Cindy Mosley, associate director/dietitian of dining services at Hendrix.

As the dining team celebrated Whole Grains Month earlier this fall (September) and National Oatmeal Day (Oct. 30) fell on a (Meatless) Monday, Mosely got the idea to pair whole grains, breakfast and Meatless Monday into one build-it-yourself oatmeal bar.

Student-athletes coming in for breakfast after an early-morning on the field were among the first fans of the bar. 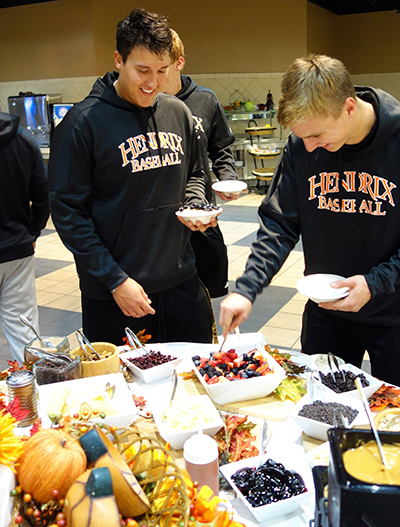 “The baseball players were pleasantly surprised to find this oatmeal after morning practice,” Mosley says.

Students could go with suggested composed oatmeal bowls or create their own. “Just by giving them one place to find all the toppings, students ended up eating three times the amount of oatmeal on a regular day,” Mosley says.

Students told dining staff that “I could eat this every day,” Mosely says, and one student became an oatmeal convert: “Because of this bar, I like oatmeal now,” the student said.

What Mosely likes best about the oatmeal bar—which she plans to repeat—is the fact that it doesn’t rely on any special items, just a shift in the breakfast mindset.

“None of the items were new to our dining hall, but for one morning, they were all offered during breakfast hours in one convenient location,” she says.